Okay, before we get underway, here’s the Greek text, for those of you know Greek and would like to glance at the passage:

When you look at verse 12, you see the word αὐθεντεῖν. If you follow the link I embedded, there, you’ll see last week’s post which gave the scholar Cynthia Long Westfall’s translation of what that word means. Her conclusion, after exhaustive research, defines ‘authentein’ as “to use or possess unrestricted force or power.”

Now, as a second year student in Greek (not an expert), looking at the text, here’s what I see, as I translate it:

A woman is to learn in quiet disposition, in a full and willing arrangement of herself under [the instructor, or perhaps under the instruction].

This word, ὑποταγῇ, there at the end of verse 11, is a form of what’s translated as “submission,” but doesn’t mean in Koine Greek what that word has come to mean in English. In Koine Greek it always carries a sense of willingness, and of cooperation, making ourselves receptive and available to, placing ourselves under the protection of, sometimes.

In this case, it’s describing how a woman is to be in the classroom—being of a quiet disposition, and willingly receptive to and cooperative with the teacher and what’s being taught.

The part people often miss is that Paul wanted women in the classroom, learning scripture, theology, Greek and Hebrew, reading and writing, and presumably teaching and evangelizing, right alongside the men.

Just sit with that for a minute.

Paul wanted everyone, all believers, to have seminary courses, and to become fully equipped, fully mature, lacking in nothing, when it came to handling the scriptures. Interestingly, not everyone in Paul’s day felt they needed that—for example, people who already thought they had all the necessary training and learning. (I’ll get to that in about three weeks, stay tuned, that’s Dr. A. Nyland’s compelling work on this chapter.)

Here’s the next verse:

And, I would not transfer to a woman (or wife) to teach nor possess unrestricted force over a man (or husband), but to be in quiet disposition.

I came across a surprise (to me) when I was working on the translation. The Greek Word Study Tool I was using gave me this for one of the words:

This word, ἐπιτρέπω, in the middle of the verse, could be what Koine Greek grammar has as “present indicative,” which means I am doing this right now.

OR it could be “present subjunctive,” meaning it’s possible I do this, but it’s also possible I don’t. It’s in the “possibilities” box. It’s still hypothetical.

Here’s an example I got from grammarly, “We asked that he listen carefully to the directions.” It’s a suggestion for something to happen, but it isn’t actually happening, at the moment. Chances are it will happen. But, then again, it might not. It’s in the “possibilities” box. It’s still hypothetical.

Okay , you Greek experts! Can we get to the bottom of this?

Also, there seems to be some idiomatic definitions surrounding the clause “not/nor” that might make it more emphatic? Like, “I would clearly not…nor” or “I would most certainly not…nor”? Would love to have you all weigh in on that.

What this second verse means is where we’ll camp out today, with Marg Mowczko.

First, here is how she translates this verse 12 (I completely recommend you read the blog attached to that embedded link. I learned a lot, and it only took me about five minutes. Plus, you will get her very convincing reasons and translation/interpretation of the strange verses following this one, vv13-15.)

But I am not allowing a woman to teach (a heretical version of Genesis 2-3) nor to bully her husband (by denying him sex because of false notions of piety).

Mowczko has also spent a good deal of time researching the word αὐθεντεῖν. This time, the embedded link leads back to her technical analysis on ‘authenteo’ words, keying in on their meaning and usage during Paul’s time.

Many Bible translations will give ‘authentein’ some form of the word “authority” in its meaning, and it does seem, at first glance, that would make sense. After all, the Greek transliteration of the word and the English word look awfully similar, don’t they? Often there is a correlation like that between Koine Greek and modern English words, but not always. I’ve been fooled more than once trying to make that be an overarching rule while trying to memorize my Greek vocabulary words.

The word that means authority in the way you and I understand it in English is the Greek “exousia.” Paul used that word often enough in his other letters. He only used ‘authentein’ once, in this letter, in this verse, which already alerts us he meant something specific. In fact, this is the only place in the whole Bible ‘authentein’ shows up, and for the longest time, Bible scholars had to rely on “best guess” based on the context to figure out what Paul was saying, because the word itself was rarely seen anywhere in ancient Greek texts.

In any case, Mowczko found that right around the 1st to 2nd centuries A.D., the meaning of ‘authentein’ was evolving into the sense of perpetrator or mastermind, from an earlier meaning that involved murder. A related noun, “authentia” was also coined around this time, that seems to have meant “sovereignty” or “absolute power.”

Mowczko did a deep dive with eight texts that contain the infinitive form ‘authentein,’ since that’s the exact word in 1 Timothy 2:12. It makes for some excellent reading, and her writing is very readable—she has the rare gift of making scholarly work engaging and accessible to regular people like you and me. And what she found, I think, is gripping.

I’ll give you her sum-up, in her words, but really, it will only take you a few minutes to read her research:

authenteō could have the sense of being powerful (P.Herc 220), of being the author (Aristronicus), of using force (BGU 1208), of rulership and dominance (in astrological texts), of self-determination or acting on one’s own (Moeris), and perhaps of murdering someone (scholion on Eumenides).

Belleville sums up and states that the meaning of the verb authenteō in Koine Greek is “to dominate, to get one’s way.” [Belleville, “Teaching and Usurping Authority,” 216.]

Marg Mowczko, “THE MEANING OF AUTHENTEIN IN 1 TIMOTHY 2:12, WITH A BRIEF HISTORY OF AUTHENT– WORDS”

In her final summary, Mowczko quotes Cynthia Long Westfall from her 2016 book, “Paul and Gender,” with the conclusion ‘authentein’ means to override another’s will by force, in ways that could harm them, in order to serve the agent’s self-interests. She also points out the often de-emphasized fact that Paul was speaking of “a woman” not “women.” Was he referring to a specific woman? Was he speaking in the abstract? Did he mean a wife with her husband?

In her footnotes, (look for number [49]) Marg Mowczko offers an intriguing theory that would make sense in light of Gnostic teachings then starting to gain traction in Ephesus and possibly also Corinth. (for more on this theory, read her provocative treatise, “3 REASONS WHY IT’S A WOMAN, NOT ALL WOMEN, IN 1 TIMOTHY 2:12.”

Marg Mowczko also wrote a much shorter blog called, “Authentein (in 1 Timothy 2:12), In a Nutshell,” which  provides about a half dozen different sources for ‘authentein’ definitions. If you need a quick resource, this one’s great.

Having now spent some significant time with ‘authentein,’ and having established a convincingly dependable definition for this word, we’ll spread out to the chapter as a whole, with Jeremiah Vance’s chiastic model, before drawing back in to look more closely at the remaining verses. 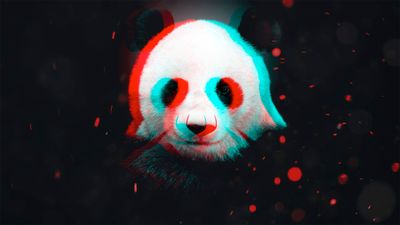