And what did Adam think when Eve bore his first child?
For Eve shared daily in the curse of the unrelenting, unresponsive ground. This was not solely Adam’s work, for Eve toiled daily by Adam’s side, as his rescue and his strength. Together they battled the thorns, and wrested their living from the stony earth.
Now Adam would share in Eve’s travail, gripping her hands as she screamed in pain, guiding the head of his infant boy as she used her last reserves to push the baby out, cleaning up her blood and afterbirth. Was it Adam who cut the umbilical cord? Adam who wrapped the baby, and cradled mother and child together? Who else was there? Maybe this scene was in Paul’s mind when he said, “Woman is not independent of man nor man of woman; for as woman was made from man, so man is now born of woman.” Those might have been Adam’s very words, in that hour.
Testosterone coursed through Adam’s brain and body every day, just as estrogen coursed through Eve. Quick to anger, Adam was easily triggered by the frustrations of laboring in a fallen world, by the every-dayness of sin, increasing all around him; by his own guilt. Adam worked his aggression out in competitiveness, taking command of his fields, of his herds, of his children, and of his wife.
To cope with the bitterness in his life, Adam covered himself…his body, and his heart. And Adam ruled.
To cope with her own casualties, Eve sought to protect her children, and to keep relationships harmonious. Perhaps she overprotected her oldest son from a competitive and jealous father. After all, just as she came from Adam, so Cain had come from her. Perhaps they both thought that Cain had been made for Eve, with God’s help, just as Eve – in a time that must have felt distant and receding – had once been made for Adam.
Eve seems to have accepted Adam’s rule. It was a price she seemed willing to pay, the loss of her equality, in order that they might have a family, a kind of peace, and the promise of more children.
And certainly more children did come! In the very next sentence, Eve brought forth a second son, “Next she bore his brother Abel.”  I wonder why he was given the name ‘Abel,’ which means, “frail, emptiness, nothingness, meaningless.” Cain, besides obviously being male when he emerged, must have been a robust, shouting little man, shaking his fists with vigor as he screamed his first breaths of air. In contrast, was the tiny Abel fragile-looking? Did he have delicate fingers, and soft lashes? Were his features petite and fine?
Whatever the contrast, Adam and Eve immediately noted the difference in their two boys: Cain was the chosen one; Abel was the also-ran. It would have been natural for them to favor Cain as the firstborn, maybe the one to fulfill God’s great promise. If there was parental favoritism, it would help explain much of what happens in this chapter. It’s an easy temptation to favor one child over another isn’t it? Looks, talent, personality…But it is a sin, and so destructive, it not only can tear a family apart; it can so warp and damage a person’s psyche, that may take them the rest of their lives to recover from.
For, the corruption of Adam and Eve’s sin had changed them, deep down, to the core. Their very natures had become sinful and polluted. They might not have realized it right away, but their sinful natures had also become hereditary, so that their spiritual makeup, the DNA of their inner beings, had become inexorably, indelibly altered. It was the only nature Adam and Eve could pass on to their children.
Both by nature, and by nurture, Adam and Eve passed on to their two boys the onus and the curse of their now lifeless spirits, and decaying bodies. Even as Eve clutched the cursed ground in her birthing agony, the blood and water spilling into the soil, and even as Adam drew forth the writhing form of his firstborn son, and then his second born son, even as life came forth from the woman’s body, so also did death. Tragically, even with his first howling breath, Cain, and then Abel, had begun their journey of aging, and then dying.
Then would Adam and Eve replay the Father’s care in gathering from the trusting animals around them one that would also howl pain into the air as its life was taken from it, and its skin peeled from its lifeless body, so the little baby could be covered, and protected in the harsh world he had been born into.

Ecumenism: Is it Necessary? 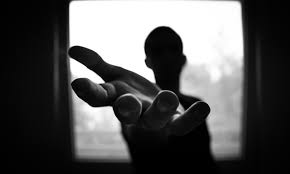 So, Adam did pass on to Seth, and to all humanity, a body that will succumb to corruption and death. Death came to the godly seed of Seth....

“Sure,” Abel had said, surprised and eager he’d warrented any attention at all from Cain. From a small, delicate boy, he’d grown...

Cain had glowered with hatred and seething jealousy as Abel joyfully received God’s favor, the smoke of his sacrifice rising heavenward in rich plumes, as Cain&...