I won’t be able to properly express why I found myself there.

Before that strange journey, the declaration of mountains, wind, and trees lay about me, and I found it enough. I could sit under the warm embrace of the sun and remember. Once, the blue ocean-sky or the occasional gift of diamond drops from a gray and mischievous cloud would bring quiet passion to my forgetful soul. Let me tell you, I saw a bolt of lightning once, from a distance. I stood on top of a roof and felt it charge the wet air around me and blink its fire in a brilliant show. I was alone with one other. He spoke to me that night. He told me I was that lightning. Oh yes, I believed Him, but it’s hard to believe Him very much sometimes, isn’t it? After all, He shone so much more brightly than the bolt itself that night that I wondered how much He knew about lightning at all.

One thing He taught me about lightning, though, is that it puts on just as much of a show when nobody watches it. That far flung field in the green valley that man has hardly ever touched is just as much a stage for the bolt as a crowded evening city. Its beauty is not derived from the eyes that see it, but from the story it tells as it flashes out. A story we hear sometimes, and a story that sometimes it just tells itself, just to become alive again. And that was I, according to Him. For a while I was in the field dancing my jolted form to the earth with declaration, and around me crackled the holy charge. For a while I didn’t care what animal scurried, or what human resounded their cheer… I just danced. In my heart, I was alone with one other. This was my state of being until the dancing became little more than a shuffle, and the words I used to tell the story became bigger and more “sophisticated.” It became about what stage I was on. Inside, my heart broke with a desire to dance, but outside my eyes were hungry and I looked for more. Tears can’t fall when the eyes do that, can they? Maybe that’s what it was: I was looking for more and then I found that place.

You asked why I came into that place… and to echo my earlier answer, I can’t much figure it out. Maybe the reason is that I had slipped, so softly. A mudslide so large you barely felt it. Like the melting of an iceberg, the shifting of a tectonic plate, or the rotation of the earth, a movement swift and large. You would have to struggle against an avalanche to understand it. How can you love something, and yet grow so distant from it? The wind became wind and the mountains became mountains. Nothing more, nothing less. I had glazed eyes. I drank from half-empty cups, rejected empathy, and filled my lungs with dust. I was a dull knife. Barely an ember, let alone a bolt of lightning. I drove, and worked, and ate, and lived… but I was hardly ever alive, you see? No more shuffle, just bigger words. No longer child-like. No imagination to truly see, and slowly, that night on the roof became nothing more than a ritual: put on the hat, shake the hands, say the line, move on. You remember Lucy asked for Aslan to tell her that wonderful story again and again? He said he would tell her even greater stories for the rest of time. I guess I told myself the stories instead of listening to Him. I guess I liked the way I told them more than the way He did.

No, I don’t know exactly why I came into that place, but I will tell how it happened. I was walking through the brilliance one day, not much looking at the swaying branches or listening to the bird songs, and then the next thing I knew, I was there in a large dried out seabed. White, cracked world all around me. The sun looked down on me with violent disdain, and all around me was silent. My immediate first thought was that I stood accused in a court room and there was no voice to cry out for my innocence. The sun, the judge, ready to throw down its mighty gavel and condemn me. The death sentence. My second thought was where am I? The third, how did I get here? And the fourth, how do I get out? Having had those four immediate thoughts, and pondering them for a while, I set out in the direction of the sun, as it seemed to either be rising or setting. It was hard to tell in this place, you see? Too much nothing to make sense of anything. I soon found out that it was setting, though, and as the judge walked away, I sensed almost a sadness in its final look towards me. Once the judge had left the courtroom, it was dark, and with the darkness, I found something even more grave: Within my mind, though I tried desperately, I could not conjure up even a single mental image of the wonderful world I had been so quickly thrown out of. Walking by the dim light of the stars, I wondered for the first time in my entire life if everything that had come before this place had merely been a dream… 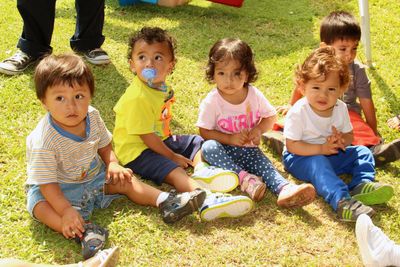