Just a few days ago I watched Max McLean’s incredible-edge-of-your-seat performance of the Gospel of Mark. It has totally transformed that Gospel for me and convinced me that Mark’s Gospel was originally written as a script for the stage, an amazing piece of literature that is every bit as cohesive yet complexly composed as Handel’s Messiah. I can -not- stop thinking about it.

And I just wonder if Acts was written more in that way as well?

The book of Acts is also an edge-of-your-seat story. It’s a story that turned the world upside down, two thousand years ago. It began with one person, and over the course of just one generation that one person’s life affected the whole known world. This is the continuing account of how God Himself came to earth as a man, Jesus of Nazareth, to remedy the earth’s greatest need, restoration and reconciliation with God, and the power to live a new life that would continue into eternity with the Lord.

Jesus’ world was not much different than ours today. It was a world in which there was no place for one true God. Instead people worshiped a multitude of multiple gods. Many were mostly just socially religious. Some of the cultures of that day were downright brutal. And people were just as plagued with high crime, random violence, sex trafficking, wide-spread sexual ambiguity, resentment against authority, a sense of self-centered entitlement, a wide gulf between the wealthy and the poor, restlessness and discontent, emptiness, despair, and fear.

And into this troubled world came Jesus, a real man, but also God Himself.

It’s not clear exactly when Luke, the author of what we call the “Acts,” became gripped with Jesus’ life story. What we do know is that at some point Luke met Paul and became one of Paul’s coworkers. Paul said of Luke “Our dear friend Luke, the doctor.” The way certain ailments and situations are described in both his gospel and Acts do reveal Luke’s medical background.

Luke, being Greek, was a well-educated physician of some standing. He was learned in the classical Hellenistic style and an accomplished writer. Apparently, he enjoyed a certain measure of wealth and reputation in his society because he had become friends with a fairly well-known government leader named Theophilus.

Luke wanted to give Theophilus an account of Jesus’ life and continuing ministry as risen Lord, so he sent his friend a two-volume chronicle which today is found in two books of the New Testament: the Gospel of Luke, and the Acts of the Apostles.

It’s possible Luke mentioned himself in Acts 13:1 when he listed the various teachers and leaders in the church of the Greek city of Antioch, in Ancient Syria. Among those named was a Lucius the Cyrene, a man of African origin. It was men from Cyprus and Cyrene, in Jerusalem at the time of Pentecost, who had first brought the gospel to the Greeks in Antioch. Lucius is a Latin name, so he was probably brought up in the Roman culture, and was most likely a Gentile by birth, since he was uncircumcised.

Paul also said of Luke “Only Luke is with me.” He was Paul’s faithful companion. Loyal and true once they had met, Luke joined Paul for most of the rest of his missionary journeys. Just once, when they first came to Philippi, Luke stayed behind for a while, and then rejoined with Paul when Paul visited Philippi on his second, follow-up trip. Luke remained Paul’s close associate and fellow missionary for many years, together establishing the first medical mission on the island of Malta.

Judging from Luke’s account of Jesus’ life and ministry, he was possibly one of the seventy disciples Jesus sent out on an evangelism tour, and he could very well have been one of the two disciples who met with Jesus on their way home to Emmaus, after Jesus’ resurrection (since Luke is the only gospel writer to tell that story).

The most ancient record of Luke’s life says that he “served the Lord continuously, unmarried and without children, filled with the Holy Spirit; he died at the age of 84 years.”[1]

He had an artistic nature, as revealed through his literary excellence. He was artful in the use of good, classical Greek for some sections, then employed the Aramaic of that time – the vernacular, as we say – for other sections, adding a sense of drama and reality, such as the bracing description, vivid with details, of the shipwreck in Acts 28

Luke was also a historian trying to set the record straight about Jesus, the gospel, and Christians. He frankly recorded the hardships, and also the joy. There is suffering in this book, but you can’t have a life with the Lord Jesus without suffering. When you share in His life, you share in everything, the joy and the cross.

Luke also gave an accurate depiction of his day and place, offering historical details that help anchor in time when these events occurred. Reflecting his Gentile background, Luke brought out what would have interested a Roman, such as the legal aspects of the jailings, beatings, and Paul’s citizenship. Archeological discoveries support that Luke used the proper terms for the people, places and era being described.

More than any other Bible author, Luke had a particular respect for women. Both in his gospel and in Acts, he emphasized the women, their presence, their leadership, and their service. It was Luke’s habit throughout his account to mention women by name and to give details about their involvement, such as the group of women who received Paul in Acts 16, one of whom was quite wealthy.

In keeping with Luke’s preface, this story is the continuation of the Acts of Jesus Christ. Luke’s first volume introduced Jesus the man, his birth, life, death, and resurrection. Now, in this second volume, Luke moved the story forward as Jesus, God the Son, acted through His Spirit powerfully enlivening, guiding, and working within His followers.

[1] From Anti-Marcionite Prologue to the Gospel of Luke 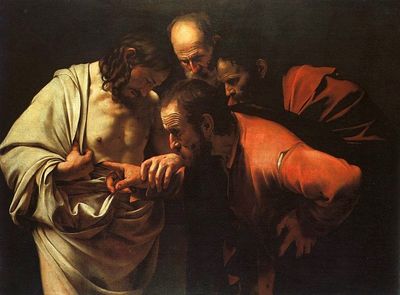