It’s a loss of life. We can get into biological and theological arguments about when exactly cells become an individual life, but those cells – all cells – have always been a part of the collective reality we call “life.” Our modern, individualistic world focuses on individual life as if that’s the only life that exists. I’d argue individuals are only bit players in the grand reality of existence.

When we say Christians value life, we’re not (or at least we shouldn’t be) speaking only of individual life. Individual lives are indeed important, but only insomuch as they point us to a larger understanding of life. We want to be life-giving people, but that doesn’t mean our primary aim is procreation. It means we are contributing to the health and well-being of all life – usually through interactions with one or more individual lives, but with a higher purpose.

This is evidenced in the traditional evangelical approach to abortion: ban it. We want laws changed to criminalize the practice, not necessarily to put women in jail, but to fearfully discourage abortion as an option. We’re willing to lie to pregnant women about science, laws, health outcomes, and whatever else it takes to influence their choice away from abortion.

If the purpose of our efforts was to limit the number of individual abortions, this might be justifiable on a purely numeric scale (although these tactics remain morally suspect). The Christian aim, though, when it comes to abortion is not to limit the practice, but to eliminate it. Even one is too many!

Laws, fear, and coercion will never eliminate abortion. Making it difficult, scary, or unpopular will indeed stop some women from following through. Desperate women, though, will revert to back alleys, homemade poisons, coat hangers, and “falling” down the stairs – all common abortion practices in times and places where traditional evangelical approaches to abortion dominate.

Legal limits can never stop abortion, because they do not address the desire to have an abortion.

The only means to remove the desire for an abortion is to provide social conditions that preclude the desire. If women and children and families (and men, who are an integral factor in, and often root cause of, every unwanted pregnancy) were supported in true, loving community, there would not be a need for abortion. That’s the goal: elimination, not moderation.

That doesn’t mean Christians can’t or shouldn’t address individual life. Coming alongside vulnerable women, supporting them during pregnancy, and demonstrating your commitment to the value of their life and the value of the life of their future child is important. Adoption, especially adoption out of foster care, adoption of older children, and adoption of those with special needs, are important.

These things are not important, though, because they might limit abortions. These individual actions are important because we have a Christian duty to provide such loving care for all people at all times. There are hundreds of millions of vulnerable women around the world who’ve chosen to have their babies and still live unsupported and unloved. Abortion is irrelevant to the call for us to care for the vulnerable.

The point of life itself is to be a life-giving presence to all people in all circumstances, especially those most vulnerable to the insidious tentacles of trauma, pain, and death. Being present is not a means to an end, but an end in itself. THE end itself.

Guilt, shame, fear, and coercion cannot get us to the Kingdom of God – which is what Jesus called those optimal social conditions that prevent the desire for abortions. This Kingdom is also the future we have been promised. At the core of Christian faith is a belief that the Kingdom is not just a possibility, but a reality. Jesus announced and makes possible the world we seek; we must live into it as it comes into being around us.

The “end” Christians seek, the Kingdom of God, cannot be realized through guilt or shame or fear or coercion. We cannot achieve our goals through those means. The means by which we seek the Kingdom is the goal. We must do all things in love, because love is the only law in the Kingdom of God.

If you are calling guilt, coercion, shame, or fear “love,” because you have good intentions, you have missed the point. That is transactional morality; it is not what Jesus taught.

These conclusions can be infinitely expanded upon, but they are a good start for those who wish to end abortion:

I was raised in a very conservative household. I picketed an abortion clinic when I was barely old enough to remember it. My parents remain, to this day, largely one issue (anti-Roe v Wade) voters. Many of the members of my denomination would largely be appalled if they knew our own Manual of Christian life and practice allows for abortion after much prayer and counsel with a pastor.

My creativity on this issue was sparked by reading John Irving’s novel, The Cider House Rules, which powerfully illustrates not the value of abortion, but the tragic realities out of which women seek abortions. I began to see the problem not as the intellectual moral debate over abortion itself, but the deficiencies of a society that immorally withholds life-giving options from desperate pregnant women.

I began to study the scriptures more directly and think about how to apply Jesus’ words on the Kingdom to this particular issue. All you’ve read above is the summary of that process – a process that’s boiled down to one troubling conclusion:

I believe this not because I’ve become persuaded that abortions are acceptable or justified or moral, but because I don’t believe it’s Christ-like for the most vulnerable in our society to pay the price for our collective sin and indifference.

The woman caught in adultery was not justified in her actions. Jesus did not excuse her behavior, but he refused to allow her to be the scapegoat for a society’s sinful indifference.

An abortion is not the “fault” of the woman who seeks it or the doctor who performs it. It is not the “fault” of the child’s father or the laws that allow it. Every abortion is a condemnation of our collective failure to provide the healthcare, emotional support, education, housing, validation, purpose, and physical protection every member of our society is entitled to as a beloved child of God.

We ALL bear collective AND individual responsibility. We don’t ignore individuals in need, but we can’t limit our scope to fixing individual problems. Christian faith calls us to a higher purpose: to embody a people, God’s people, who exist to be an example to the world of God’s Kingdom – a place where, among other things, abortions don’t exist, not because they’re illegal, but because they’re unnecessary.

If you think this perspective on the world is fantastical or unrealistic or impossible, please, let me introduce you to Jesus Christ and the wonderful message of the gospels: the Kingdom of God is at hand. If we fail to see it, it is only because we fail to live into it.

Photo by Maria Oswalt on Unsplash

[NOTE: The views expressed here are not necessarily those of Misfits Theology Club or any other contributor.  There are many ways to faithfully approach issues of life and death.] 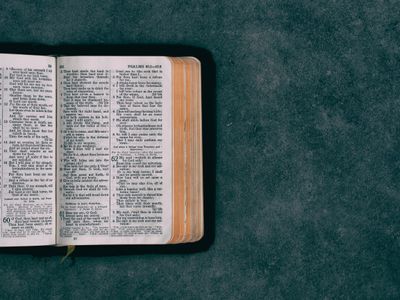 The Bible Alone is Not the Word of God 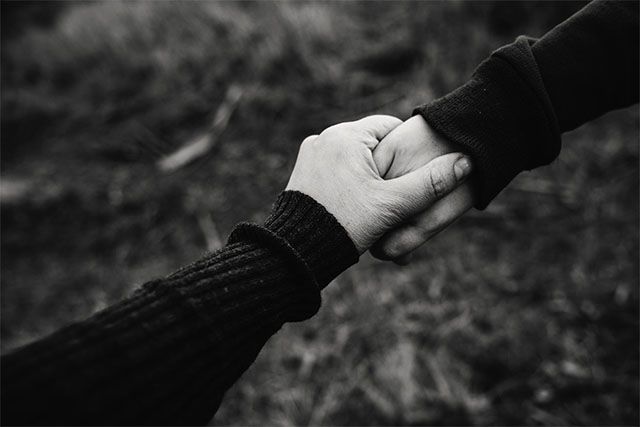 From Condemnation To Compassion