Freewill and the Multiverse

If humans have freewill, how can God be omniscient? If God is omniscient and all knowing, how can humans have freewill? Is predestination a lie? Are we really deterministic robots with an illusion of freewill? This is really the most closed system theological argument around.
If you can’t stand outside the system, how can you judge what’s inside? If God created the universe according to the Bible, how can it be 13.4 billion light years across? Did Jesus’s resurrection redeem the whole universe? Then, what about those beings outside the 2000 light year sphere around the earth (less than 1% the width of the Milky Way) that could not possibly know about Jesus? These types of questions tie Calvinist TULIP believers, creationists and Biblical literalists into knots. My advice: give it up and let go of the control. God’s universe is far greater, more wondrous and beautiful if you only open your theology up. Check out Job 38-41 if you are uncomfortable with this line of thinking.
Einstein famously argued against quantum mechanics. He derisively called quantum entanglement “spooky action at a distance.” He was so smart, he continually found paradoxes in the mathematics for decades. Niels Bohr, a father of quantum mechanics, worked feverishly to keep up with Einstein to refute his arguments, until Einstein’s death in 1955. Einstein was never converted, but ultimately he was shown to be wrong by something called the Bell Test in the mid-60s. Finally, it was unequivocally demonstrated in 2016 that quantum entanglement is real. It seems that even Einstein was stuck in a closed system of his own making.
You might ask whether this has anything to do with freewill and God. It turns out a whole lot. I will never claim that you can prove the existence of God with science. In fact, I think it is not only foolish, but arrogant to do so. Instead, whenever you try to box God in, or conversely, suspend logic and reason to preserve a comfortable worldview (an all too familiar practice among evangelical Christians), we learn something new about nature that opens up new possibilities. This is the great beauty about studying the book of creation.
The new possibilities that the reality of quantum entanglement opens up for people of faith are immense. Quantum entanglement is the key ingredient of the Many-worlds Interpretation and the Multiverse hypotheses in physics. These theories break the back of determinism. It means that anything is possible in the future, only bound by probability. We can have the freewill to change the future, even with the possibility of an all knowing God. Probabilities set the parameters for the likelihood of various outcomes, but it is becoming clear that a dichotomy between freewill and predestination is an illusion.
There are many more implications of modern physics with regard to the nature of time and timelessness, many invisible dimensions (up to 11 in M-theory) and even the nature of reality. Is the universe what we think it is, or is it just a holographic projection? As people of faith, we have so much more to understand and contemplate about who God is and God’s presence with us.
There’s a lot more to say about these ideas. If you’re interested in me posting more, please let me know. Peace and blessings, Rob

Doubting Thomas and the "Hiraeth" of Belief 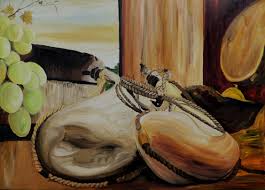 May The Energy be with you!

Apologies to Star Wars. I think George Lucas might have gotten it wrong. But if there is a good scientific term to appropriate, The Force sounds a whole...

One of the great unanswered questions in cosmology is why the universe exists at all. The Big Bang should have created equal amounts of matter and antimatter. Eventually,...