So, Adam did pass on to Seth, and to all humanity, a body that will succumb to corruption and death. Death came to the godly seed of Seth. “And he died” is repeated about ten times in Genesis chapter 5. God had told Adam and Eve they would die, and God’s word was kept. Death is universal, no respecter of persons, the good and the bad, righteous and unrighteous all die. From dust we all came, and to dust we all inevitably, inexorably, will return.

But, even though the godly died, the book of Hebrews states they looked forward in faith to eternal life. The way we understand that today is to acknowledge physical death remaining a consequence of sin, but also knowing Jesus conquered death by His own resurrection. These ancient faithful, it seems, believed there was more to life than death. Today, we know that in some mysterious way, though our current bodies will certainly physically die, yet, because of Jesus’ resurrection, every believer will be given a new body like Jesus’, a body that will never experience corruption or death.

For in passing on his likeness, Adam also passed on to his son the image of godliness, of faith. Seth grew up in a family that trusted God, that prayed and thanked Him for His good gifts, who knew God by name, and believed He would fulfill His word. When Seth became a man, he brought that same faith into his own family.

Seth was so impressed with the frailty of being human he gave his own son the name Enosh, which means “mortal.”  Seth’s life of prayer and humility influenced others to recognize their own frailty and their need for God to give them strength. At the end of Genesis chapter 4, we find “At that time people began to call on the name of the Lord.” Seth’s family modeled dependence on God, worshiping Him and trusting Him for everything, which began a movement of faith towards a God-centered life.

One crucial characteristic of God’s people is that they pray.

They say a mother is only as happy as her saddest child. I have three daughters, and one of them is going through a long, drawn-out series of harrowing events which have her crushed in heart and spirit. Since we are thousands of miles apart, there is little I can do for her…but pray. Sometimes, it feels like prayer is meaningless, powerless, and sort of empty. What does it do? And yet, Seth was born into a family, and a clan, torn apart by shocking circumstances, to a people of mourning and sorrow. Still, they must have prayed, because as Seth grew up, he came to value “calling on the name of the Lord.”

What does prayer do? Seth must have learned what people of faith have learned for thousands and thousands of years. Prayer is connection with beloved God, a healing bond with God’s presence, a pause between waves of nausea and anguish, or rage and impotence, or despair and weariness. God gives strength and endurance, perseverance and hope. God provides hidden resources and often enough, wisdom and ways out from under.

When a crisis or a tragedy rolls down like a flash flood in a wadi, and comes in pounding waves over my own family, tumbling us into heartache, trauma, and intense grief, I am so thankful the first thing we do is hold hands and start praying. God is with us, and His heart is no less broken than ours.

The person God will invariably work with, and work through, is the one who is both conscious of their own frailty and weakness, and conscious of God’s love and power. I’ve become bolder as I’ve gotten older. Now I just take the hand of whoever is hurting, and I start praying.

Seth’s godly descendants stood alone against a rising tide of ungodliness in their world. Lamech and Enoch epitomized their spiritual development—either to depravity or godliness—of each civilization as it progressed.

Enoch walked with God. There had to have been times when Enoch struggled with having to change his mind about certain things he thought were true but which God corrected him on. It had to have been at times a severe and difficult struggle, as Enoch tried to make sense of his world, make sense of Cain and his clan’s successes, make sense of Abel’s murder, and the disintegration of his family.

Yet, here he had God right beside him, God speaking to him, teaching him, probably exhorting, don’t you think? What bracing conversations they must have had, as Enoch wrestled daily with God’s words.

And, here is something of the symmetry that Hebrew writers found so important. There were two Enochs: the godless Enoch was in Cain’s line; the godly Enoch was in Seth’s line. The seventh in Cain’s line was Lamech, representing the lowest depths of godlessness, sexual excess, gratuitous violence and self-aggrandizement. The seventh in Adam’s line was the epitome of a godly man, a man who walked with God and was taken up by God into eternal life without ever seeing death.

Abortion In America: The Facts 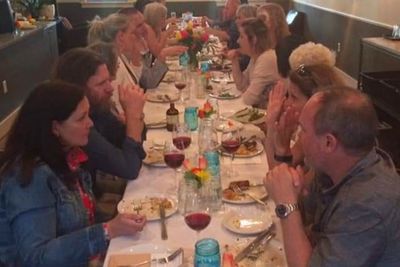 “Sure,” Abel had said, surprised and eager he’d warrented any attention at all from Cain. From a small, delicate boy, he’d grown into a thin, well-proportioned...

Cain had glowered with hatred and seething jealousy as Abel joyfully received God’s favor, the smoke of his sacrifice rising heavenward in rich plumes, as Cain’s...

So, Cain, the little man brought forth into the world with God’s help, and little Abel, the frail boy whose life held no meaning for his parents,...