I decided to stop voting in the run up to the 2008 US Presidential election. I found myself genuinely believing that this Barack Obama guy might be able to solve the problems of the world. I’m not sure I used to word savior, and I wasn’t treating him like a messiah, but I started to feel convicted.

I felt convicted again when I got to the end of Shane Claiborne’s Jesus for President, and he talked about how many people had literally died for the right to vote and that sacrifice had to be considered if anyone was going to willingly stop going to the polls.

That year I ended up voting on behalf of one of my immigrant co-workers (after all, the outcome of the election had far more impact on her than on me), but it started me on a journey of discovery.

A lot of my seminary classes focused on the Kingdom of God – basically THE central theme of the gospels, but not something super emphasized in my evangelical upbringing. I started to see how God’s Kingdom was an alternative to the kingdoms of the world and how even democratic systems distract Christians from the full practice of their faith.

The real insidious accomplishment of US democracy is its claim to politics. The word politics really just means the way in which people interact publicly. There are so many different ways to do politics, but in the US we’ve come to (falsely) believe that our system of elections and elected office are the only way. If you want to change the world, change the laws.

Every system of power aspires to universality; it’s a further means of control. Louis XIV of France famously said, “l’etat c’est moi,” “I am the State.” Caesar put his face on money and democracy’s egalitarian, ‘everyone gets a voice’ mantra does the same thing.

Growing up I was taught it was a literal sin not to vote. Maybe not so bad as having sex outside of marriage, but certainly on par with dancing. Civic duty was synonymous with Christian duty, just another example of the grand Constantinian bargain. The legitimacy bestowed by the first “Christian” emperor came at the great price of the Church’s subjugation to the State. Whether Empire, Kingdom, or Democracy, the Church has historically served as an accessory to power.

We’ve long been told that those who don’t vote have no right to complain, but I’d argue the other way: those who vote are participating in a flawed and ultimately fruitless system; you’re voting for democracy as the means to a right and proper future.

Churchill was citing a well worn phrase when he said “Democracy is the worst form of government, except all the others that have been tried.” That’s probably true, if we’re speaking of nations, but Christianity itself is an alternative and the one alternative politic (or kingdom or government) that we should feel confident in to produce the eschatological future God promises to us.

Acts 2 outlines the early Church sharing goods and caring for each other in a kind of benevolent anarchy that fully aligns with the Kingdom of God, explained by Jesus in the Sermon on the Mount.

Of course that only existed for a short time and it would be impossible for a nation to adopt. Christianity requires voluntary association; it can’t be imposed upon people.

Those counter arguments are true and valid, but they are also misleading. The very notion that we must have nations or leaders or voting or governments at all is not a Christian concept. Jesus, and the writers of scripture take the existence of those things as given, but they don’t require them. In fact, much of scripture is an explanation of how God’s people can be a faithful people in the midst of and in spite of the governments and nations around us.

Citizenship, then, becomes the primary Christian concern. We can’t be Democrats or Republicans (or even Americans), because we already have membership in the Body of Christ. I am tangentially a citizen of the United States by virtue of my birth, I might vote for a Democrat or a Republican in some specific election, but I can never be those things, because my allegiance lies with Christ.

That’s not to say elections can’t be politics, but they can’t be all of politics. Christians must rely on the practice of the gospel as evidenced in our communities of faith, for our primary political expression. Our congregations are called to be examples of the Kingdom of God. We’re supposed to show, through our lives and relationships, how people can love and care for each other without threat of punishment or exercises of coercive power.

In the end, I do vote. I vote for representatives – the US House and Senate, my State legislators, the town council. A “Christian” means of doing life in community naturally involves people getting together and hashing things out. We might rue how partisan and politicized our deliberative bodies are these days, but their purpose is still right and true.

I refrain from voting for positions of sole authority, like governor or president. I just don’t believe those kinds of positions are possible for any human to handle without compromising their integrity. Christ is the head of all and we can be nothing but members of the obedient body.

I don’t advocate for my position on elections; I don’t think it’s universally right or wrong. It’s where I’ve found a balance between answering the democratic call to participate in the town, state, and country in which I live, and the Christian call to the alternative politics of the Kingdom of God.

I try not to fault people for their own voting choices (although I will be quick to tell people it’s okay not to vote, if they don’t feel comfortable doing so). I do hope, though, to be a continual reminder, to myself and others, that the electoral system is not the only way to do politics, that it’s not the primary way, nor the best.

We must put and keep our faith in the politics of Jesus, lived out in communities that bear his name. We must remind each other that our hope lies not in armies or laws or elections, but in the Kingdom of God, as evidenced in the life, death, and resurrection of Jesus Christ.

If you have complaints about the system, stop participating in it and embrace the power and promise of the politics of God’s people.

Photo by visuals on Unsplash 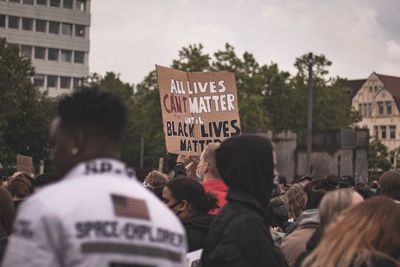 The Faulty Evangelical Hermeneutics of ‘All Lives Matter’

My Racial Indifference (an apology) 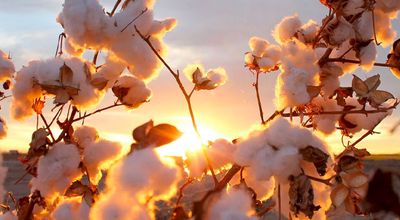 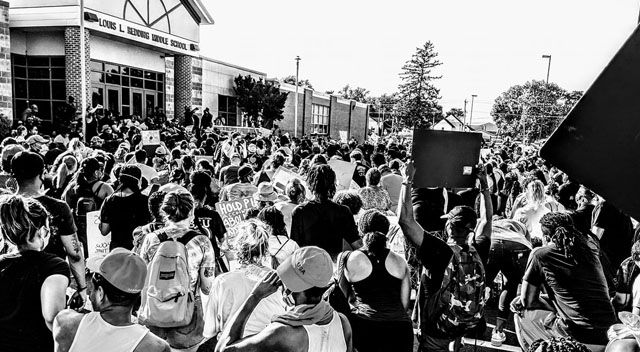 More than a Protest