The printing press has had a remarkable impact on the way readers interact with and think about the Bible. We modern readers have become accustomed to encountering the Christian scriptures as a single, neatly bound volume capable of being reproduced millions of times without error or variability. The ease and relatively low expense with which such Bibles are reproduced has made them readily available and accessible to anyone who desires a copy – a trend exponentially accelerated by the electronic availability of Bibles on our computers, tablets, and phones. In the time it takes to load a website or download an app, I can have the Bible in a multitude of translations and languages in the palm of my hand all of which will match precisely the translations available to the person next to me or someone on the other side of the world I have never met.

We so completely take for granted the ability to reproduce a text with ease and without error that it takes some work and imagination to be reminded that this is not how most Christians throughout history have interacted with their scriptures. Of course, many of these Christians could not read at all since widespread literacy is also a relatively recent development in human history. However, even for those who could read, the texts they read had to be copied by hand. This meant that books – especially books as large as an entire Bible – were expensive and time consuming to produce, so much so that the production of complete Bibles was actually quite rare in the first millennium of Christianity.[1] Naturally, it also meant that the scribes who copied these texts sometimes made changes to what they copied – often by accident, occasionally on purpose.

There are over 5,500 Greek manuscripts – that is, handwritten texts from antiquity or the middle ages – in which some part of the New Testament writings are preserved.[2] No two of these manuscripts are exactly alike. There are so many variants – places where different manuscripts have different readings – that no one has ever bothered to count them all but the estimates range from a quarter million to three quarters of a million which means there are more variants in the New Testament than there are words.[3] Of course, the vast majority of those differences are so small as to be virtually meaningless. Many of these are variations in spelling, obvious mistakes in copying, or some other difference that is so minor that its significance for interpreting the texts of the New Testament is largely inconsequential. Nevertheless, all of these variants are reminders that the text of the scriptures have not been static throughout history.

One of the most prominent examples of such a change can be seen at the end of Mark’s Gospel. Most modern English translations have a note after Mark 16:8 that says something like “Some of the earliest manuscripts do not include 16:9-20.” The two earliest surviving copies of Mark 16 end at verse 8.[4] The majority of later manuscripts include verses 9-20 while some seventh, eighth, and ninth century manuscripts add extra material between v. 8 and v. 9.[5] There is even one fifth century manuscript which includes extra material after v.14.[6] In other words, there are four different endings to the Gospel of Mark preserved among the surviving manuscripts![7]

It’s difficult to know exactly what happened at the end of Mark’s Gospel. Did Mark end his story at 16:8? Did he write more but the final verses of the story have been lost? Or perhaps one of the later manuscripts have it right and some version of the material included after v.8 is something like what Mark wrote? We may never know but reading 16:8 as the end of Mark’s Gospel has some interesting consequences. If the Gospel of Mark ends here, it strikes an odd, even an uncomfortable, final note: “So they (Mary, Mary Magdalene, and Salome) went out and fled from the tomb, for terror and amazement had seized them; and they said nothing to anyone, for they were afraid.” If the story ends here, the women have seen the empty tomb but they have not even seen the resurrected Jesus. What is more, they flee in fear without telling anyone what they have seen. What an unsatisfying ending! It is no wonder that later scribes may have felt compelled to give the story some closure by adding stories about Jesus appearing to the disciples and commissioning them to preach the gospel.

However, there is also a sense in which this is the perfect ending to the Gospel of Mark. Throughout this Gospel, Jesus frees people from the things that hold them in bondage: demon possession, illness, ostracism, and even death. These women are likewise held in bondage by their fear and trembling as they flee the empty tomb. And yet, in Mark’s narrative, they are the only witnesses to Jesus’ resurrection. If they were not eventually freed from their fear to speak about what they had seen, then Mark’s story could not have been written. Perhaps Mark’s telling of the story compels us to imagine Jesus carrying out one more act of liberation from bondage beyond the boundaries of his written text as Jesus frees these women from their fear so that they might witness to the resurrection. It may be that this ending to Mark’s Gospel is an invitation to see that the final words of his written text are not intended to be the final words about Jesus.

If Mark really did end his Gospel at 16:8, it might be easy to think of all the material after v.8 as an unwelcome intrusion, perhaps even a corruption, of Mark’s text. Some may even regard these scribes and the variants they introduced as a threat to biblical authority. Who are these scribes to think that they could add to Mark’s Gospel? But perhaps we can also see that though these verses may not be “original” to Mark’s Gospel there may be some sense in which they honor the originality of Mark’s storytelling; they represent a sense that the story cannot possibly end with the women remaining silent; the story must extend beyond the text as it stands. Perhaps we may see in the many endings of Mark’s Gospel and the many other variants of the New Testament, not a threat to biblical authority, but a reminder that the Bible is a living book which comes to life in the human hands which handle it, copy it, study it, and attempt to embody its witness to truth.

[1] A collection of the Gospels or Paul’s Letters was much more common, for example.

[2] There are no surviving autographs – that is, manuscripts written by the New Testament authors themselves. The earliest surviving copy of any New Testament text is thought to be a business card sized scrap of papyrus which contains a few verses of the Gospel of John and is typically dated to the second century (It is referred to as P52 and is pictured here). Therefore, every New Testament manuscript which survives is a copy of a copy of copy, etc.

[4] These two manuscripts are known as Codex Sinaiticus and Codex Vaticanus. Both of these were complete Bibles when they were first created in the fourth century. It has been estimated that the cost to produce Sinaiticus was equivalent to a priest’s yearly salary. D. C Parker, Codex Sinaiticus: The Story of the World’s Oldest Bible (Peabody, MA: Hendrickson, 2010), 62-63. You can see Codex Sinaiticus online at www.codexsinaiticus.org and Vaticanus at https://digi.vatlib.it/view/MSS_Vat.gr.1209 .

[5] These manuscripts include the following: “But they reported briefly to Peter and those with him all that they had been told. And after this Jesus himself sent out by means of them, from east to west, the sacred and imperishable proclamation of eternal salvation.”

[6] Codex Washingtonianus (4th or 5th century copy of the Gospels held at the Smithsonian in Washington, D.C., pictured here) includes the following after v.14: “And they excused themselves, saying, ‘This age of lawlessness and unbelief is under Satan, who does not allow the truth and power of God to prevail over the unclean things of the spirits. Therefore, reveal thy righteousness now’ – thus they spoke to Christ. And Christ replied to them, ‘The term of years of Satan’s power has been fulfilled, but other terrible things draw near. And for those who have sinned I was delivered over to death, that they may return to the truth and sin no more, in order that they may inherit the spiritual and incorruptible glory of righteousness which is in heaven.’” You can see Codex Washingtonianus here: http://www.csntm.org/Manuscript/View/GA_032

[7]  As noted above, the substantial differences in the endings of the Gospel of Mark are among the most exceptional examples of variation in the New Testament. For a compelling analysis of the role of the women at the empty tomb, see Kara Lyons-Pardue, Gospel Women and the Long Ending of Mark (London: T&T Clark, 2020). Another variant of similar length and significance is the story of the woman caught in adultery in John 7:53-8:11. For a detailed and fascinating study of this story’s long and complicated history, see Jennifer Knust and Tommy Wasserman, To Cast the First Stone: The Transmission of a Gospel Story (Princeton: Princeton University Press, 2018). 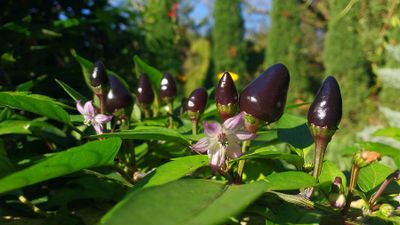 That Your Fruit Should Abide: Love in the Hard Times

Taking the Time to Grieve During the Coronavirus Pandemic 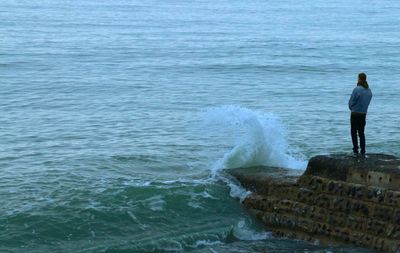