“The worst part of holding the memories is not the pain. It’s the loneliness of it. Memories need to be shared.”THE GIVER, LOIS LOWRY

“See ya later, Pete!” he called across the cubicles, grabbing his things before heading out into the afternoon. It was early—the half-shift over, time for the cleaning crew to work their magic. He passed one of the janitors in the hallway and crinkled his eyes into a smile, swinging his briefcase and offering a bright “Hey Samson, break a leg!” before heading out into the sunlight. He squinted up at the sun before trotting across the parking lot, heading for his Honda.

When he got into the car, it was like the strings on a puppet had been cut. He sagged down, the smile he had worn all day fading into tired lines. He rubbed his face and started the car. Oh, there was Shawna, and he smiled at her, waving with good cheer that did not penetrate the surface of his skin.

Then he was pulling out onto the road, heading home. He put on the radio, flipping between channels until he found something blaring, pop music, something loud and upbeat. It drowned out the time it took to get home—no traffic, these days—and for a little while, he felt buoyed up by the cheerful noise.

Then he was parking, heading up the walkway. Oh good, he thought, the lawn guys have been by. He checked under the mat to make sure they had gotten the tip and hoped it had brightened their day to get a little something extra for the good job they always did. Then up to the house he had filled with all his favorite things. His eyes skimmed over the familiar shapes. They were a little dusty. Maybe he would have the energy to clean them off this weekend.

Time passed in a slow creep, as he checked emails and wrote documentation from his home workstation. He worked late most days, checking Slack until the messages stopped coming in. He checked his phone, too, over and over, late into the night. He read other people’s conversations, but no one seemed to ever invite him to weigh in. He rubbed his eyes, then his face, and let out a heavy sigh.

Scratching through his hair, he prepared his simple meal, some slices off a pre-cooked ham, instant mashed potatoes, a bag of mixed greens with some cherry tomatoes, store-bought vinaigrette. He flicked on the television, found some friendly noise, and ate without tasting the food. Check the phone. Put it back down. That sense of disappointment slowly seeping in.

He listened to the television, its light flickering as the images moved, then turned it off. The house he had bought, hoping to one day fill it with love and children, stood quietly around him. He picked up his phone, opening his text messages. The last message had been from his mother, more than a week ago, thanking him for picking up groceries.

There was nothing more.

Almost without wanting to, he opened his most recent dating app. No responses. The last small connection . . . had ghosted him. Days ago. His chest tightened as he read and re-read the message thread. Where had he gone wrong?

He flipped through all the chats he had already seen, familiar dark dread narrowing his windpipe, stinging his eyes, aching through his back and neck. Why was he such a failure at connecting with people? He finally landed on a message from his sister had sent him, weeks old he had yet to respond to.

” ‘A father of the fatherless and a judge for the widows, Is God in His holy habitation. God makes a home for the lonely; He leads out the prisoners into prosperity, Only the rebellious dwell in a parched land.’ Psalms 68:5-6, little bro. You’re not alone. “

He pressed his lips together, feeling the tidal wave of isolation threatening to drown him. As if, he thought, throwing the phone onto the couch. If anyone was alone, in a “parched land,” it was him.

He froze, then picked it up.

A text message, an old friend from college. “Hey Ranger Stranger!” it read. He chuckled, remembering how much fun they’d had together. “Was thinking about you today! Hope you’re doing well. I’m in town this weekend—want to meet up for lunch?”

Maybe he would not be dusting, after all. 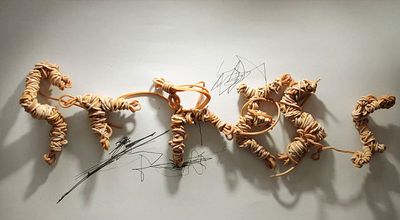