Noah looked at the simple crockery bowl, one of his wife’s latest works, lovingly shaped, and burnished to a rich russet glow. Almost as an afterthought, a small mound of greens mixed with millet gently steamed from its middle. Beside it were three small barley loaves, resting in a tiny stack.

Noah’s wife was pregnant with their first child, and as her time drew closer, they both felt a growing mixture of excitement and fear. She had asked a neighbor to help them with the delivery, a woman trained in midwifery, who had even delivered a number of the Nephilim infants, recently, which had caused quite a stir in their small community.

In the meantime, Noah’s wife had been preparing their small home for their new arrival, weaving swaddling clothes, shaping a small bassinette with reeds, and tending their vegetable garden. This last was planted in the community land by the river, where the women washed their clothes and dishes, drew water, bathed their children, and fished. As the baby within her had grown, Noah’s wife had found her energy ebbing, and her ability to work lessened. Even tending their simple garden had become almost beyond her ability.

The women, noticing her struggle, had taken advantage of their opportunity. They moved into her spot by the river, they took the best from her garden, they quietly lifted her loveliest pottery, and her finest woven cloth. There was little she could do, in her compromised physical condition.

Noah lifted his tired eyes to his beloved, and saw her own weariness and discouragement. Picking up one of the small buns, he broke it in two and gave the larger piece to his young wife. “Never mind,” he said, with his kind and gentle smile. “Thank you, O Lord, King of the Universe, for this meal before us, fruit of the earth You created.”

The center of attention in this whole story is the man Noah, and the family who accompanied him into the ark.

Imagine being Noah in his day. What was it like to be the only man of faith in all the world? What was it like to see the evil around him and not engage in any of the allurements and temptations that world had to offer, to indulge his every appetite, to be callous and heartless, to be openly selfish, self-absorbed, self-promoting, self-protecting, and to be congratulated for it?

What was it like for his wife, to be married to such a man in a vicious world where the “sons of God” took the women that pleased them? Did she pray God would not grant her daughters who would be ravaged? Was she herself a rather plain and unassuming woman, who wouldn’t draw their attention, anyway?

What was it like for them both as they tried to raise their sons in a home that called on God’s name, seeking to honor God and live in a way that glorified God? How many times might they have reached out to the people around them only to be deceived, betrayed, taken advantage of, mocked, vilified, ostracized?

For Noah really was “a righteous man, blameless among the people of his time.” The word righteous in Hebrew, “saddiq” means “to conform to a standard.” Since Noah conformed to God’s standard, he met with God’s approval. This doesn’t mean Noah was without sin. Whether by nature or by nurture, Noah had been born into the same fallen situation, just like everyone else. So, what made him different? The writer of Hebrews explained that it was Noah’s faith in God. He had a “holy fear” of God, rejecting the world’s way of living, and instead “walked faithfully with God.”

Even though it seems like Noah building the ark is what saved his family, there’s a deeper truth embedded in what the writer of Hebrews was explaining, and what the writer of Genesis was describing. Noah believed in God, and he had a relationship with God. Noah was listening for God’s voice, and heard what God had to say. Noah had “holy fear,” a reverence for God, which motivated him to follow through with the incongruously strange and risky project (financially, as well as in that community) of building a giant boat. Because Noah reverenced God, had faith in God, walked with God, and obeyed God, the ark was built and his family was preserved, a tiny remnant of the human race, from judgment.

Instead of coming under God’s judgment, Noah came under God’s grace. It was God’s grace towards Noah through Noah’s faith. Salvation has always been by grace, through faith, while understanding that genuine faith always results in action. Because Noah walked with God, God gave him work to do, and Noah was obedient in everything: his faith was expressed in his willingness to follow through with what God asked of him. 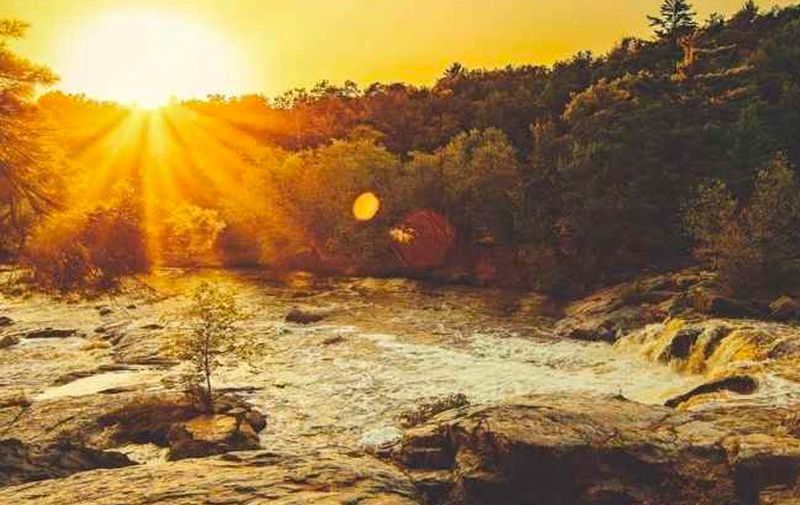 “Sure,” Abel had said, surprised and eager he’d warrented any attention at all from Cain. From a small, delicate boy, he’d grown...