On Someone Yelling the N-Word in Public

So, this week we’ve seen another “scandal,” where a white person yelled the N-word in a fit of heightened emotion, then later apologized for the mistake. I know there are some people who think this is a regrettably acceptable occurrence, but we’ve got to stop making those excuses.

I get that some people have grown up around overt and intentional racism, where white people saying the N-word is common. If a person comes from such a background, I get that, perhaps, that word is part of a seldom-used vocabulary that comes out when they’re especially angry. I suppose apologizing is about all one can do in that instance, but I suspect there’s more that can be done to prevent it.

I can’t recall any white person ever saying the N-word in my presence (ie: not on TV or in the movies). Ever. I’m not saying I haven’t heard a lot of offensive or derogatory, racist ideas from white people – and I’ve absolutely heard a lot of other, equally unacceptable slurs against cultural and ethnic groups in casual conversation, I’ve just grown up in an environment where the N-word is a known taboo.

That’s not to say the white people I’ve been around haven’t thought it or been capable of using it; I just haven’t heard it. That reality makes it nearly impossible to imagine how anyone could even accidentally say it.

I’m suspect I’m in the minority, as it pertains to white folks, but I’m not trying to say, “we’re not all bad.” Just because that particular word wasn’t uttered, doesn’t mean I haven’t been thoroughly steeped in and guilty of racism.

Most of my conditioning wasn’t race-related at the time. It’s only as I grew up that I realized code words like “urban” were rooted in racism, which make those ideas – like locking the car do when driving through a city – so difficult to excise. My guess is that white people who “accidentally” use the N-word may have similar problems. I do believe there are still kids growing up who hear that word used a lot, for long periods of time, before they ever learn its offensive.

Dealing with our ingrained racism isn’t just a problem for the most obvious offenders, though – its a responsibility for every white person – and, to date, we’ve largely dealt with it by ignoring it or pretending it doesn’t exist. This is why these incidents are so terrible and so terribly handled; it’s as if someone’s worst secret is being publicly exposed.

It doesn’t have to be that way. We’re very used to celebrities using their platforms and money to address things like climate change or injustices in the court system or food insecurity or animal rights. They draw extra attention to issues where none of us is perfect, and while they may be annoying or extreme, we’re rarely offended or defensive about it.

As much as we hate to have those things thrown in our faces, those conversations do move the needle. They remind us of our own abilities to change and push us collectively towards improvement. Their fervent, sometimes comical views shape the conversations we’re able to have amongst our friends and neighbors and they do make a difference in how we live.

What we don’t often see, what we need more of, are honest conversations about our own biases, especially when it comes to race. Try as we like, we really can’t control what comes to mind in a given situation. We can certainly work to change in the future, but I can’t change a thought I’ve already had.

There are times I think more about my personal safety when I see a black man walking towards me than I would if he were white. It’s terrible and wrong and I hate that it happens, but, from time to time, it does. Of course there’s a huge difference between that thought and actually crossing the street because of it. I deserve no praise or pat on the back for simply continuing to walk down the sidewalk in those instances. At the same time, every time I do it – consciously reject the racist thoughts that pop into my head – the less likely those thoughts are to arise again. This is how change happens. It is, in fact, pretty pathetic to say “I’m less afraid of black people than I used to be,” but it is the truth. Again, that’s not something to be proud of; its quite literally the least that I can do.

Of course, we should be doing more than the least that we can do. It’s not enough just to do that work individually. This is the difference between being not-racist and what’s come to be termed anti-racism. We have to stop being silent. Those conversations that happen in our heads need to happen out loud – and in settings that are all white.*

We don’t speak publicly about the racial biases we’re trying to address and thus it becomes unacceptable to do so, making it more difficult to address them and us more likely to do whatever our personal version of screaming the N-word in public might be.

Part of that is the shame we direct towards people who are more racist than us. I can’t imagine using the N-word, even in a fit of rage, so it’s easy to scorn those people who do – but I’ll find myself on the side of unending grace when its my own racism that’s on display.

Again, this is not some plea for acceptance; its a call to conversation. It’s a call to white people, because the Black, Brown, LGBT, and Jewish among us shouldn’t have to bear the burden of being the racial police; they’re already putting up with enough.

They also shouldn’t be put in a position to absolve us. “Don’t worry, I know you’re trying.” Maybe our fragile egos need to hear that from time to time, but if we seek it out, we should seek it from white people – and white people who know us well enough to temper it with accountability.

I’m not saying people should get a pass and please don’t give me one. I’m certainly embarrassed when I say something ignorant or racist, but I need to know I said it if I’m ever going to change. I do believe, though, that if all we do is cancel someone or shame them, nothing will get better. Shame breeds secrecy and secrecy feeds dysfunction.

In the same way someone can stand up in church and say, “I’m a sinner” and receive lots of grace, someone can falsely be called a hero for admitting “I’m a racist.” When we start listing those sins, however, everyone becomes uncomfortable. We don’t know how to handle it. Starting those conversations puts us in the position of deciding whether to keep our own sins secret or expose them as well.

One of those choices is much easier, but if we make it, nothing changes. I’m not going to list here all the racist battles I’m waging in my own life and mind – it feels like too easy a way to gain points for honesty – speaking in a public forum, outside of real conversation. We do all need, though, to be willing to speak of those things among the people with whom we do life. Friends, family, coworkers, teammates, and fellow congregants – the people who have access to our lives and are in a position to keep us honest and hold us accountable.

We can’t be satisfied with being less racist than someone else and we can’t be motivated by getting “woke credit” for whatever work we’ve already done. Yes, we should all work to be less racist tomorrow than we are today, and while that is progress, it’s not something to be proud of, its just the bare minimum expected of a member of the human race.

So when someone uses the N-word, an apology really can’t be “enough,” but something does have to be “enough,” if we’re really working for the redemption and reconciliation of all people. I suspect, though, the “enough” is not something you can ever do after the fact; it’s work that needs to be done before.

Photo by Jason Rosewell on Unsplash 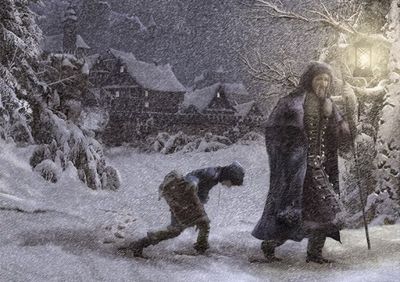 Love in the Hard Times: Forth They Went Together 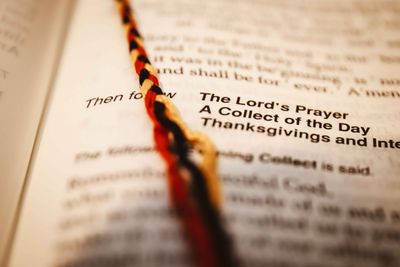 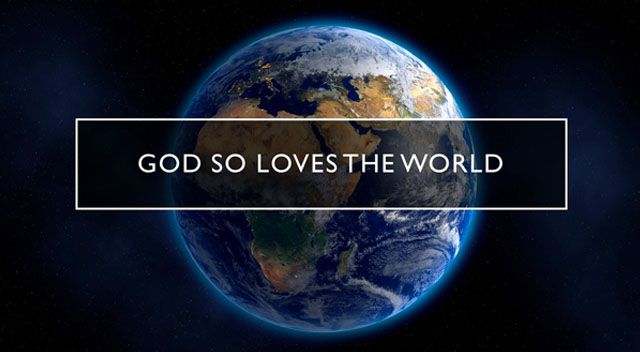