We don’t often talk about the story of Puah and Shiphrah, though their story is one of courage and mettle, standing together against forces of evil seeking to destroy a nation.

We don’t often talk about the story of Puah and Shiphrah, though their story is one of courage and mettle, standing together against forces of evil seeking to destroy a nation. We’ll first take a look at where they lived, the country of Egypt, then explore the career they entered into, and how their life and work prepared them for God’s call when it came.

Egypt was old by the time this story takes place. Theirs was a magnificent culture, military might, technological advances, great art and sophisticated society. In fact the pyramids were probably showing some signs of aging when Jacob moved his clan, at Pharaoh’s invitation, to the land of Goshen.

It’s difficult to tell when in history this happened. However, counting backwards from Solomon’s temple, and working with the research presented in “Exodus: Myth or History,” brings us to a period of time when a Semitic people called the Hyksos began to settle in Egypt and eventually rose to power in the delta portion of Egypt. The Hyksos, called the Shepherd Kings, ruled in northern Egypt for around 200 years and built their capital city in Goshen. During this same time Jacob and his family settled in Goshen, where they became very wealthy and

the Israelites were fruitful and prolific; they multiplied and grew exceedingly strong, so that the land was filled with them.

It seems Joseph had risen to power in the court of Amenemhat III, and Joseph’s clan came to find favor with the Hyksos Pharaohs.

Later, a new Pharaoh rose to power, named Thutmosis I. Over the course of about ten years he managed to drive out the Hyksos and reclaim Egypt. Many scholars think this is the king of Exodus 1.

Now a new king arose over Egypt, who did not know Joseph.

And so our story begins!

God equips those whom God calls

God honors those who reverence the Lord

Each video is designed to offer background scholarship on the topic, including setting, culture, original language, and archaeology, as well as a theological study.

The “Broken, Searching, Trusted, Powerful” series is a companion to the book, available on Amazon, and published by Wipf and Stock. 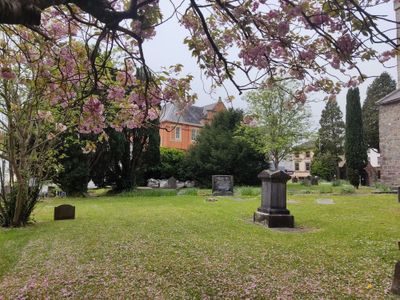 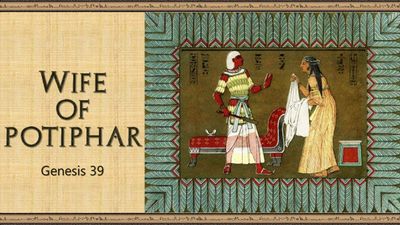