The Redemptive Work of Silence (Introduction)

Are you like me, and when you read that word, you hear a sort of dense thud and then a keen absence? You know, like at the end of the opening sequence of The Lion King?

I’ve done more reading in this last year than I probably have in any other time of my life. It all started last summer when I offered to be a reading buddy for my friend, and to my great joy she chose Crime and Punishment. About a month later, I decided to read Till We Have Faces concurrently with C&P. This turned out to be a great decision, as each helped me to interpret the other. Then, in October, as I went on my yearly pilgrimage to Wales, I read through Shusaku Endo’s Silence. I had seen the movie a couple years before and had been intending to read the book for a while. Needless to say if you’re familiar with the atory, it wrecked me, but in the best possible way. This spring, I read The Way of the Heart by Henri Nouwen and then devoured Anne Bronte’s two novels, Agnes Grey and The Tenant of Wildfell Hall. My books of choice spanned many centuries, continents, and cultures, but they were all written by Christians and have a certain theme in common. They all deal with the “silent period”, the season of watching and waiting and wondering what God will do about pain, injustice, and sin we all experience.

And having spent time with these stories, I have come to this conclusion:
We long for God to speak in the midst of our pain because a word from him would be the announcement of our vindication. But the proving of our righteousness takes place when God remains silent.

And this “proving” isn’t merely a process of providing evidence that we have been faithful, but is actually the process by which we are made faithful.

The Bible seems to agree with me. Many Psalms are dedicated to crying out to God in the midst of trouble, begging for him to rouse himself and to silence evildoers. And that vindication is promised. For every struggling saint there will be a day, whether on earth or in heaven, where their faith will be revealed to be well-founded and God will uphold them in his righteousness. But the word that goes out from God is not what proved their faith. Their faith was proved true by the fact that they endured until God uttered their vindication. And this tenacity to hold firm to their faith is not the product of their own will but is the fruit of God’s transforming grace in their hearts.

For as Lamentations 3 reminds us:

“The LORD is good to those who wait for him, to the soul who seeks him.
It is good that one should wait quietly for the salvation of the LORD.
It is good for a man that he bear the yoke in his youth.
Let him sit alone in silence when it is laid on him;
Let him put his mouth to the dust – there may yet be hope;
Let him give his cheek to the one who strikes, and let him be filled with insults.
For the Lord will not cast off forever, but, though he cause grief,
He will have compassion according to the abundance of his steadfast love.”

And certainly this principle is best displayed in the life and death of Jesus. We all know that the “best” part of his story is the resurrection, the morning of vindication, when the risen of body of Jesus proclaimed forever, yes, this is the Savior, the Son of God, our Eternal Hope. But that vindication was, in some ways, merely the universal announcement of what had always been true and was proved through his suffering, humiliation, and death.

During his humanity, Jesus cloaked his glory, put boundaries to his power, and allowed himself to be treated as less than human so that he might at once be the perfect sacrifice for our sins and the faithful high priest for our intercession. He was the very hiddenness of God, not like the picture of God on Sinai, with the great shroud of smoke and tempest and flashes of lightning, but God as a man, unremarkable and lowly. He went about quietly, for the most part, and did not try to draw attention to himself. He was put on trial by guilty men and gave no defense for himself. On the cross, he cried out with the Psalms, speaking of God-forsakenness and reminding his disciples of the vindication to come. And between Friday and Sunday, there was silence.

Only after that, only after Jesus endured to the end and committed himself fully to the hands of the Father, did the third day break.

It is in reflection of these things that I would like to begin a series of posts examining the use of silent periods in these books which have meant so much to me this past year. Some of them are easier pills to swallow than others, and they are written by Christians from a variety of traditions and personal beliefs. I hope we will have the elasticity of mind and patience of spirit to wrestle with them as we seek to know and love Jesus more.

What Is Historic Christianity? 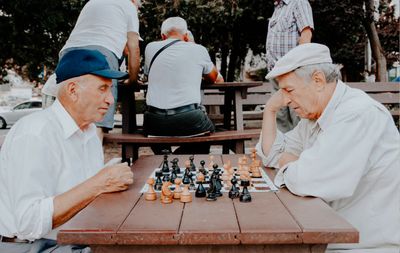