The Temptation of Democracy

Democracy muddles the Christian ethics of power. In a world where most people have no say in or control over the selection of governmental leaders, it’s relatively easy to determine how God’s people should respond: give to Caesar what is Caesar’s and to God what is God’s. Follow the laws so long as they don’t violate the gospel and be willing to suffer the consequences gracefully when you must disobey.

Democracy changes the equation, though. It gives each voter a position of power. Christian ethics move from a discussion of our relationship to power to a discussion of how we use the power we’ve been given. Whether we hold elective office or not, by voting, we become part of the power structure.

There’s an argument that this is a positive development. By receiving a place within the power structure, God’s people have some ability to shape it, perhaps in ways that reflect the Kingdom of God. The question I’ve been pondering, though, is whether or not the Kingdom of God can ever be served by the use of coercive power.

The power of God, as demonstrated in the life, death, and resurrection of Jesus Christ is entirely non-coercive. God loves us and forgives us and bears with us in radical patience as we continually refuse to be shaped by that love. God is relentless in love, returning over and over again with a divine faith in the power of love to outlast all opposition.

By that I don’t mean God’s love will eventually wear us down in the end – that would be coercive – simply that our power to reject God’s love and refuse the transformation it offers can never outlast God’s ability to keep loving. Christians believe in a world that never ends, because God’s non-coercive love can never be exhausted.

What does that have to do with democracy and power? Well, even the most benevolent governments are coercive. The very nature of worldly power is its ability to force reluctant participation. There will always be some part of us (both individually and collectively) that spurns coercion, even for the common good.

The most good for the most people is still coercion, because it doesn’t allow real freedom for the minority who are negatively affected. It might be the best any human authority can muster, but it falls short of the gospel ideal and of the Kingdom of God.

So, when we vote, aren’t we just contributing to the coercive authority of whoever happens to be in charge of government? Yes, one could argue one candidate is better than the other for the majority of people, but that’s still a short sighted goal achieved through coercion. The Kingdom of God promises a world in which all people live together in peace and love; there is no human system that can promise or produce this eventuality by way of coercion.

I wonder if the opportunity to vote is not the same temptation faced by Jesus when he was shown all the kingdoms of the world and offered authority to rule them all. Certainly the reign of Christ would be preferential to whatever human leaders would emerge in those kingdoms. There would be less suffering and more freedom is Jesus were on the literal throne.

Jesus refused that option, because to take it would be to endorse coercion, even perfect, holy, divine coercion. This was, evidently, unacceptable to the mission of Jesus Christ.

When we vote in elections, we’re expressing a preference. We believe the government of one candidate or party would be better than the government of another. That is almost certainly true (even if we make the “wrong” selection). But neither government could ever advance the Kingdom of God, because coercion is anathema to God’s eternal future.

What if one government would alleviate the suffering of one or more oppressed groups? Shouldn’t we be able to choose the best available human government for the thriving of the most people AND also work for the coming of God’s eternal now and future Kingdom?

You’d think so. I’d hope so. And yet we’re left with the decision Jesus made on that mountain. He forsook the immediate help he could offer to the suffering and oppressed in all the kingdoms of the world to embrace a non-coercive mission of love that led to his own torture and execution.

Couldn’t Jesus have chosen to rule the kingdoms of the world and usher in the Kingdom of God? One would think so and yet he didn’t. The fact that Jesus did not choose both immediate and eternal good leads me to the conclusion that perhaps both are not possible – at least on the level of governmental authority.

I can surely feed the hungry and clothe the naked and work for the freedom of the oppressed in my own individual ability, but to employ the means of coercion to that end on a grander scale just isn’t morally responsible given Jesus’ example.

I don’t like it, but that’s the only conclusion at which I’ve been able to arrive. Voting is an endorsement of coercion and even if that coercion is in line with the principles of God’s Kingdom, it violates the principle of non-coercion and thus can’t be the means through which the Kingdom is fulfilled.

I wonder if, like with issues of violence, there are moments where voting for (or against) a particular candidate or party might be preferable to abstaining. I don’t think, though, in those moments, we can justify our actions as “right” or “moral” or “correct.”

It just seems impossible to believe voting is a particularly Christian or moral duty when Christ himself had the ability to be elected King and refused. He rejected coercion and I think, no matter how reluctantly, we should reject it, too.

**Edited for clarification: 1) This applies largely to Presidential elections (and to a lesser extent, Governors and Mayors) – the notion of singular executive authority is one that pretends (even unintentionally) to compete with God.  Politics, in general, is just how we get along with each other.  At the neighborhood level, we talk to each other and work things out.  As we get into larger societies, we have to elect representatives – there’s a different power dynamic there, although I see elective office as more important, the lower the level.

2)This shouldn’t be seen as abdicating the importance of political action.  Christians should continue to march, protest, advocate, and evangelize on behalf of food for the hungry, equity for the foreigner, and release for the prisoner.  We should do so, though, not with an aim at changing laws, but with an aim at inviting people into the Kingdom of God.  As our collective heart is changed, our laws will follow; they just shouldn’t be driving the ship.

Photo by Element5 Digital on Unsplash 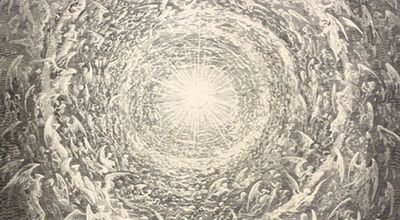 Reviewing That All Shall Be Saved: Setting Goals

Advent as the Antidote