In my philosophy 101 class I took in undergrad I was exposed to the utter importance of defining one’s terms. It’s imperative to do so if we wish to be understood and actually not talk past one another. So what do I mean by Total Depravity? Do I mean that Humans are as bad as they could possibly be? Yes and no. Yes, in the sense that I believe the logic of the doctrine leads to this conclusion. And no, in the sense that this is not what people who hold the doctrine claim. It would be unfair to misrepresent the doctrine as it’s affirmers hold it. So no, according to adherents, Total Depravity does not mean that we are as bad as we can be. It does say that our whole nature is completely corrupted by sin that every part of our very being has been broken by sin. As a result of this, our Will is wholly broken and we are totally inclined towards sin. We can only ever choose sin and can do no good apart from the intervention of God’s grace. So that’s how adherents define it. I believe however that if as they say we can only sin, then, of course, we are as bad as we can be. Only being able to sin and never choose the good is by definition as bad as we can get.

Affirmers of the Doctrine

Before we jump in however I want to make a quick comment. Most of my mentors and those who have deeply shaped my life making it better than it could have been have believed in the doctrine of Total Depravity. They are not the bad guys (I use the word “guys” as an all-encompassing term to refer to both males and females). Many of them are faithful followers of Jesus, and I owe the current shape of my faith to them. We can certainly disagree on this topic and still be friends, and brothers and sisters unified in Christ Jesus. So with that lets jump in!

Even a self-identified literalist admits that not all of scripture is to be taken literally. Jesus’ proclamation about the bread and the wine at the last supper,” that this is my body and blood,” as a case in point. Depending on how one defines “literal” I would even call myself a literalist. N.T. Wright has said Literal means what the author literally intended to say.
(Here’s N.T. Wright’s explanation)

When Genesis 6 claims that “every intention of men’s thoughts were only evil all the time” maybe the author literally intended the statement to be taken hyperbolically. To stress just how bad things had become. Hyperbole is common both in English and in the ancient Hebrew Language. Language is sophisticated and as such is to be taken in light of the literary conventions of the time and culture according to its author’s genre. So when the author of Ephesians says, “you were dead in your sins,” maybe they mean dead hyperbolically. The ability to choose good from evil assumes that one, in fact, has the capability to discern what is good and what isn’t. According to Genesis 3:22, humans have this capability. “Then the LORD God said, “See, the man has become like one of us, knowing good and evil.” According to this scripture, we know what good and evil are.

“Unless humans have the power of avoiding evil and choosing good by free choice, they are not accountable for their actions-whatever they may be… For neither would a man be worthy of reward or praise if he did not of himself choose the good, but was merely created for that end. Likewise, if a man were evil, he would not deserve punishment, since he was not evil of himself, being unable to do anything else than what he was made for.” (Justin Martyr, First Apology, chapter 43) For Justin freewill means humans can choose both good and evil.

For Origen, it’s also in our nature to choose good or evil. “God the Father bestows on all the gift of existence; and a participation in Christ, in virtue of his being the word or reason, makes them rational. From this, it follows that they are worthy of praise or blame, because they are capable alike of virtue and of wickedness.” (On First Principles, pg 48) “We are not subject to necessity, so as to be compelled by every means, even against our will, to do either good or evil.” (On First Principles, pg 5)

“The inclination to ascend and to see one’s proper beginning was implanted in man by nature.” (On The Cosmic Mystery of Jesus Christ, Pg. 59) “Someone who had the ability to direct the steps of his soul unswervingly toward God voluntarily exchanged what is better, his true being, for what is worse, non-being.” Maximus has the view that to be made in the image of God means to be inclined towards the good. While he understands the fall to have damaged the image we are by no means now fully inclined towards the evil, rather we now vacillate between the good and evil through the exercise of our freewill.

While some may point to other church fathers such as Augustine to try and make an argument that the early church believed in Total Depravity, my point isn’t necessarily to say that nobody in the early church believed in Total Depravity, but rather than many did not. On a side note, Augustine is the father of the doctrine of Original Sin, as in it didn’t exist before him. And his basis for this new doctrine was a faulty Latin translation of Romans.

(If you want to read more on this check out these two articles, the first is more accessible, the latter more academic)

Lastly, let’s look at what modern neuroscience is telling us about our human nature. Apparently, scientists have been doing experiments with Bonobo (a species of Ape that looks similar to a Chimp) and Human babies. Puppet Experiments…definitely sounds like the beginning of some horror movie involving evil puppets. But I assure you it’s much less scary, well as long as you don’t believe in Total Depravity, at least for humans.

Here’s the basic rundown of the puppet experiment. The scientists created three puppet characters all centered around a rock and a hill. The first puppet was pushing this rock up the hill, the second was helping the first push the rock up the hill, and the third was a bully whose objective was to prevent the first puppet from accomplishing his or her goal of getting the rock up the hill. Scientists had two groups of babies watching this puppet show. One group was comprised of human babies, the other group was made up of bonobo babies. The human babies reacted positively to the helpful puppet and cheered the first two puppets on. Not what you would expect from a species that’s supposed to be totally depraved. The bonobo babies, on the other hand, cheered on the bully, exactly what you would expect from totally depraved bonobos.

So here’s why this study, as well as all of the research coming out of neuroscience, is important for the topic on hand. What it appears is that humans are actually inclined towards selflessness, what we might call a general inclination towards the good. The studies don’t ignore human evil however, but it is accounted for by saying humans are totally inclined towards it. Rather that we have two impulses. The primary and first impulse is towards empathy, selflessness, the good. The second neurological impulse is towards anger, selfishness, violence, what we would call bad or evil. But here’s the kicker, when humans out of their free will choose to not operate out of their primary or first neurological impulse they automatically default into the secondary impulse. And the more one operates in one particular impulse the easier it is to do so and the harder it is to change their behavior and operate in the other impulse. The human brain is like a muddy dirt road. And our behavior is like a truck going down that road. The more it drives that particular road the deeper the tires tracks are ingrained and the harder it is to get out of them!

So Here’s the Conclusion
So after looking at scripture, what the majority of the early church believed, and modern neurological science, is the doctrine of total depravity viable? Well, I’d say definitely not for humans, but maybe for Bonobos!

Here’s the link below to the NPR article on these studies:

Here’s the video that wrecked my belief in Total Depravity, in case you’re wondering what started it all. 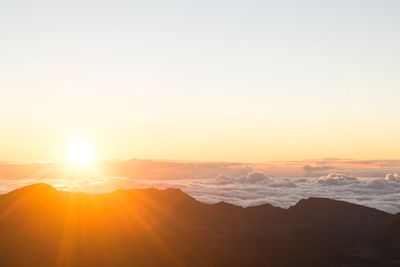 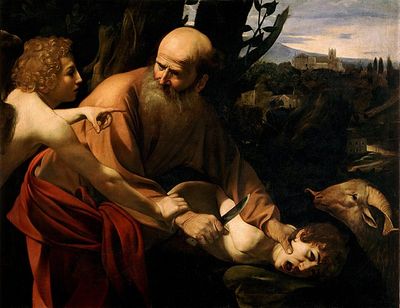