When Jesus and Paul write, in scripture, about Christians avoiding lawsuits, they’re not condemning the practice entirely. Lawsuits in New Testament times weren’t about justice, but money (sound familiar); the side with the most cash or political clout won. Biblical prohibitions on lawsuits are about both public perception and fairness.

Christians should be able to work out differences with each other or, at the very least, within the congregation. Far more important, though, is the avoidance of a system that prioritizes the powerful over the weak. Throughout scripture, almost more times than you can count (although, because its the Bible, someone always does), our holy text aligns Christian duty with the poor, the foreigner, widows, and orphans – the forgotten, vulnerable, and marginalized.

We are, above all, to be on the side of the weakest in society.

Modern US Christians know that Biblical conversations about lawsuits are not really about the lawsuits themselves. We know this because we sue people all the time. We sue for the rights to do just about whatever we want, whenever we want, if we can even remotely justify it through proof texting.

This is the modern form of New Testament justice. We’re using the first amendment to the US Constitution as a cudgel, to beat those around us over the head. These lawsuits are not defenses of anything, but offensive maneuvers meant to gain and maintain the powerful position Christians occupy in this society.

I know you’ll hear lots of preachers decry “religious persecution” these days, because Christians don’t have full reign and freedom to act in any manner they see fit, but those preachers clearly don’t understand either the word “christian” or the word “persecution.”

Christians are using lawsuits to ensure “religious freedom,” but the real effect is to establish our beliefs and practices above and beyond vulnerable and marginalized in this country. We’re selling it to our people by claiming vulnerable and threatened status ourselves, but that’s not something we’ve got any right to do. Even if we could fairly argue animosity or mistreatment from larger society, as Christians, we believe our side has already won (that’s what the whole cross and empty tomb business is about).

Listen, I’ll be the first person to advocate for Christians to break the law on principle. I believe whole-heartedly that God’s laws are higher and more important than human laws – in fact, I don’t think human laws are worth anything at all and I don’t think Christians should ever feel obligated to follow any of them ever.

Now a lot of human laws align with Christian principles – like caring for those left out and vulnerable – in fact the US legal principle of protecting the minority from the tyranny of the majority seems entirely compatible with Christian thought and practice. As Paul says, our freedom does not give us license to do anything, but empowers us to care for those around us. Christian freedom is not unfettered.

When this whole pandemic thing started, I was dead set on living without fear. As a general rule, I try not to care too much about death. I’m not a reckless person (I’m pretty risk averse, honestly), but if some moral action will make me less safe, I try not to worry about safety. In March, I was firmly in the camp of going about regular life, COVID be damned. No disease would make me live in fear.

Then I was educated. I found out that not everyone is at the same risk of infection and that symptoms vary wildly among different groups of people. The issue was not about whether I would be infected or not, but whether I would infect others who would have a much tougher time of it than me.

I am willing to risk the lives of others for principle. I won’t kill to save a life. It’s wrong; I won’t do it. That’s a hard and fast Christian principle. Nowhere in scripture, though, does failing to gather for corporate worship rise to such a level. In fact, the earliest Christian worship, the corporate worship practiced by the people closest to Jesus himself, was done in small groups, in homes!

During a public health crisis, worship is not curtailed – since every single thing every single person does at any moment in their life is worship (whether its worship of God or something else) – worship can’t be curtailed. I know not meeting in person is difficult, but it’s not a religious principle worth people’s lives.

If it were just “our” lives, that would really be another matter. Maybe you disagree with me, that meeting, in person, for corporate worship is worth the risk. That’s fine. I’m happy to defend your right to do that, but you’ve got to find a way to do it that doesn’t endanger others. If you want to create some congregational bubble, where people can live and worship together away from the rest of society, by all means, do it. The NBA is doing it. A lot of military installations are doing it. That works.

Break the law, exercise your convictions, but what you’re doing is not Christian worship if it fails to consider the most vulnerable among us (and, by definition, as we covered above, that can’t be us)!

Jesus condemned no one but the religious folks who justified their own self-righteousness. Violating public health orders in places where COVID is running wild is precisely the Pharisaical thing to do. It’s adherence to self-prescribed holy action without regard for the poor and vulnerable.

You may be surprised to know scripture does not talk about AN antichrist – not one single person set up in opposition to Jesus – the term antichrist, in scripture, is reserved for those people who proclaim as gospel some belief or practice that is antithetical to the teachings of Jesus. That is what this is.

Those pastors who lead others in violating public health orders in the midst of a pandemic are antichrists. There’s no way around it. It’s direct violation of Jesus’ teaching and example to love those who are most forgotten, to put others before one’s self.

There’s plenty of room for religious freedom, if you’re willing to do it locked away in an isolated enclave. This is what many sects have chosen over the years. From cloistered monks to modern day Amish. They choose to isolate as an example of what a holy community might look like. The sacrifices required to do such a thing are noble and honorable.

We’re called to avoid Court, because the courts only deal in arguments over power. Christians find power in refusing it, in being willing to lay down our lives – not for our own comfort and convenience – but because its what’s required to care for others.

If you want to risk your life for Christian principle, volunteer at a hospital, get a job as a nurse or an orderly, work in a slaughterhouse or deliver for Amazon. If you’re willing to give up your health and life in service of Christ, do it also in service of others. That is true Christian worship.

Photo by Jonny Caspari on Unsplash 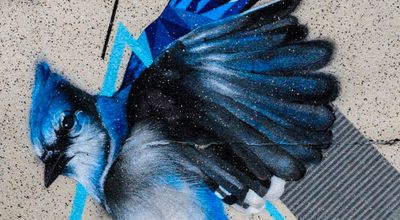 Origen And The Uncontrolling Love of​ God 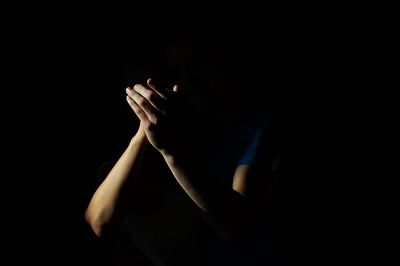