What is Supreme about Sola Scriptura?

Sola Scriptura may be one of the most misunderstood doctrines among many Christains today in America. It’s typically taken to mean “Scripture Alone.” That is we don’t need, nor should we take Tradition, Experience or Reason into account when formulating doctrine and deciding how we should live our lives as followers of Jesus. In other words, Scripture alone really means Scripture alone. How the apple has fallen far from the tree…This is not how the original formulator of the teaching understood it. As a former beloved professor pointed out to me, it is better understood as Scripture Supreme. That is, Scripture is seen as supreme above Tradition, Experience, and Reason but it by no means excludes those categories for formulating doctrine and how we live our lives. Now while Luther understood his own creation this way, he didn’t necessarily see it as his creation, and those reformers who came after him continued to develop the doctrine closer to how many contemporaries understand it today. So while Scripture alone may find roots in some of the reformers, it does not find its roots in the OG of the reformation, Martin Luther.

For Luther, while nothing outside the clear commandments of Scripture can be enforced upon the church as dogma or practice; he did not forbid that the church may believe or practice that which is not in Scripture. Those in the church according to his thought were free to practice or believe what tradition taught as long as it did not contradict scripture. But only that which Scripture taught was enforced as non-negotiables for the church. The Reformed branch led by John Calvin however took it a step further than Luther. For them not only were Christians supposed to believe and practice what Scripture taught and commanded they were also forbidden from believing and practicing that which was outside of scripture. Something similar in practice to many churches today. The Anglican and Lutheran traditions hold more so to Luther’s position on this.

Luther, according to Historical Theologian Justo Gonzalez, did not come to his position because of a belief that the Bible in itself was the Word of God. For Luther, “In its primary sense, The Word of God is none other than God.” This is something explicitly stated in the Bible itself, John 1:1, “The Word was God.” The point to take away here is that Luther did not formulate Sola Scriptura because he believed it was the Word of God, which is the most common reason given among Fundamentalist Evangelicals today. Gonzalez continues, “Given this biblical understanding of the Word of God, what makes the Bible the word of God is not that it is infallible, nor that it can serve as a source of authority for theological and religious debate. The Bible is the Word of God because init Jesus, the Word incarnate, comes to us. Any who read the Bible and somehow do not find Jesus in it, have not encountered the Word of God.” Interestingly enough, this allowed him to make deprecating comments about certain parts of scripture such as the book of James and Revelation. James to him was “pure straw,” because he didn’t believe it to contain the gospel but saw it as a legalistic letter.

The Catholic Church argued against Luther’s position by stating that because the Church determined which books were to be canonized it was therefore of a higher authority than the Bible. Again according to Gonzazlez, Luther in response to these criticisms argued, “that it was neither the church that had made the Bible, nor the Bible that had made that the church, but the gospel, Jesus Christ, that had made both the Bible and the church.”

He continues to write, “Final authority rests neither in the church nor in the Bible, but in the gospel, in the message of Jesus Christ, who is the incarnate Word of God.” At the end of the day, and this is what will surprise many Protestant Christians both self identified liberals and conservatives, his reasoning behind the doctrine of scripture supreme was that to him Tradition had been corrupted and therefore Scripture was a better more trustworthy witness to the Word of God who is Jesus Christ.

This leads me to where I’ve been going with all this. While I think it’s important for Protestants to understand how Sola Scriptura was originally understood and formulated, hence why I took the time to explain everything before this, this wasn’t my end goal that I had in mind. Only the means to take us there. What I really am more so interested in is Luther reasoning for the doctrine in the first place. Is Scripture a better, more reliable witness to the Revelation of God, Jesus Christ? This is the question I’ll be addressing from here on out. For roughly 1,500 years the church was without a doctrine of Sola Scriptura. While here is not the time to make that argument, I’ve made it elsewhere, I want to connect this question to a quote from St Basil of the 4th century who said, “Of the dogmas and proclamations that are guarded in the Church, we hold some from the teaching of the Scriptures, and others we have received in mystery as the teachings of the tradition of the apostles. Both hold the same power with respect to true religion.” (On the Holy Spirit. Pg. 104)

How can both Scripture and Tradition in the words of St Basil, “hold the same power with respect to true religion,” if Scripture as opposed to Tradition is a more reliable witness? For me this is one of the points where Luther’s doctrine of Sola Scriptura either stands or falls. For the early church, while Scripture and Tradition were equal in status, they were not the final authorities of the church. As Luther said correctly, Jesus Christ is the foundation and final authority of the church. These serve as faithfully in the service to Christ as witness to our final authority. In addition the early church read scripture Christocentrically; everything was centered on Christ. In the whole foundations of creation, the universe itself is centered around Christ.

So here’s my question. I promise this is leading somewhere. For the one who affirms Sola Scriptura, What is Supreme? Scripture itself or a christocentric reading of scripture? If it is scripture itself I think this is inherently idolatrous. For scripture to be supreme it would need to have a shared ontological quality and substance with the Godhead. For only is God the head of all.

But if it is a christocentric reading of scripture then why would we prise scripture over tradition and reason? Since those too must be “read” Christocentrically. If indeed all are to bend the knee to Christ and conform to a Christocentric reading equally, since they must all have a full allegiance to the center of all things, then how can one be supreme above the others? In other words since they all must be read fully, and therefore equally, in a Christocentric manner none is to find supremacy over another but all fully bow the knee to Christ. And thus find their full life and potential.

In and of themselves, (meaning Scripture, Tradition, and Reason) they may not be very good witnesses, for they are all human products and thus are a bit leaky; but when taken up as a vehicle by Christ, they are the very best of witnesses even in all their intrinsic imperfection, for Christ is brought to us through them perfectly through his own perfect power. In their weakness his strength is delivered.

He is the bedrock, the magma, which envelopes and swallows up all things, transforming them and covering them with his cloak so that they rest in continual witness to him. He does not withhold this generous Christocentric infusion from anything but gives to all, Scripture, Tradition, and Reason, freely and fully.

So what is supreme about Scripture? Nothing, for only Christ is supreme; and it is in him that all things are given the life necessary to point to him.

All quotes regarding Luther’s position were quotes from Historical Theologian Justo Gonzalez unless noted otherwise.

Photo by James Coleman on Unsplash

The Economy of Grace** 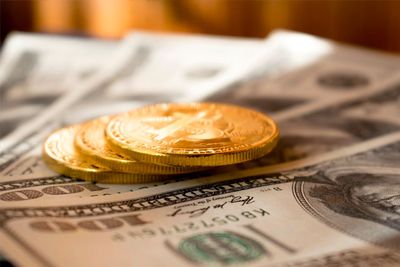 Others from Catholic Church 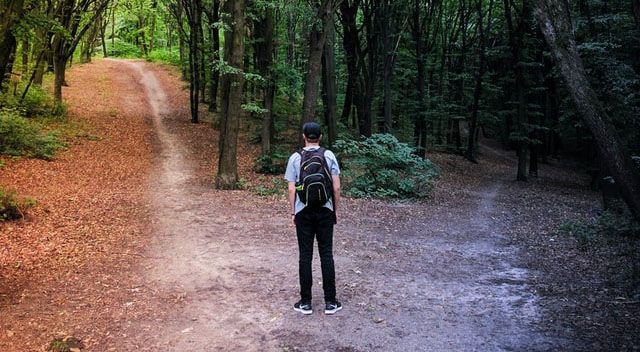 Commitment and the Search for Meaning