Getting Out Of A Jaded Rut

Over the years of my own journey out of the Fundamentalist and Evangelical, and ultimately the Protestant traditions, I have struggled to not become jaded. Or said more accurately I have struggled to not remain jaded. I for sure have been jaded and still struggle with it. Over the course of the last few years I have discovered a few principles that I think are helpful if not necessary to either prevent oneself from becoming jaded or for moving out of a jaded perspective and attitude.

The Distinction Between Fundamentalism and Evangelicalism

The first principle and maybe the most important is making sure not to cut yourself off from you’re Fundamentalist and Evangelical Brothers and Sisters.

Too often when someone becomes a former Fundamentalist/Evangelical (from here on abbreviated by FE) they completely cut themselves off from their previous tradition. Granted sometimes one is asked to leave or is straight up kicked out of their former community but this can lead to a bitter resentment that can lead you to do everything in you’re power to also leave that community. The hurt and resentment makes it easy to never want to have another coffee with someone from those traditions let alone being in a church gathering on Sunday with them. But besides maybe for a short season, this is actually one of the worst things you can do for your own spiritual health as it leads easily to further tribalism. (I say further tribalism because many of us former FE’s were tribalists when we still were FE’s). Find ways to stay connected with your previous traditions. Of course this probably doesn’t mean making a FE church your primary community that you gather with on a Sunday morning for worship, but that doesn’t mean you can’t find other ways to still engage and worship with these communities. Before I was a youth minister in my own church I was a volunteer with my best friend’s youth group at a Southern Baptist Church (the same denomination of the church I was once kicked out of). In fact I even went with them to their 6,000 a week SBC summer camp two years in a row, even after I was our church’s youth minister. There are always ways the spirit is inviting you to stay in fellowship with FE Christians.

The second principle is to read as broadly as possible, from authors (scholars, clergy, theologians, missionaries etc) that are from the whole of the Christian Tradition: Protestant, Catholic, and Eastern Orthodox.

Particularly important for the former Fundamentalist/Evangelical is it to read from the Eastern Orthodox and Roman Catholic Traditions. In addition to reading from the whole broad Christian Tradition it’s also vitally important to read a lot of Church History, both primary sources, and secondary sources written by Christians from each of the three main branches of the Christian faith. Often those of us who are former FE’s can fall into the trap of only reading other former FE’s and Mainline/Progressive Protestants. While I certainly include reading from the mainline Protestants (and for that matter continuing to read from Fundamentalist and Evangelical Protestants) under the category of Protestants, if that’s all we read, our perspective of the Christian faith and it’s doctrines can remain wildly small and insufficient. In addition, the confirmation bias that comes from reading former FE’s and Mainliners exclusively only serves to solidify being jaded. You need to read broad enough, including from authors that you now disagree with from your FE background, that you are actually confronted with different viewpoints from your own. Another problem with only reading Mainline Protestants/ former FE’s is that all Protestants whether Progressive or Fundamentalist and Evangelical essentially have the same kind of thinking. (I don’t mean this to be offensive to my Protestant brothers and sisters, I state it merely as an observation.) All protestants ask the same questions, they just give different answers. Whereas Catholics and especially Eastern Orthodox are not only providing different answers but are asking entirely different questions and have radically different ways of thinking.

The third principle related to the first is to find and befriend Fundamentalists and Evangelical Christians who are wonderful people sincerely trying to seek Jesus and his kingdom faithfully.

As a subset of this principle seek to have fundamentalist and evangelical mentors to pour into your life. Nothing gives you a bad taste in your mouth that will leave you feeling more bitter than venom than a nasty old FE. If you just simply cut yourself off from these Christians you will only ever have those bad tastes in your mouth and thus confirm your own stereotypes that all FE’s are the same. Having the blessing of meeting and engaging with grace filled and loving FE’s puts a good taste in your mouth that  washes out much of the bitterness from former experiences, and helps to facilitate your own healing. FE mentors believe it or not often have good things to say, and so you should listen to them. Balaam was knocked on his ass by the donkey he was riding and greatly shocked that he had something to say. Don’t be Balaam. (To clarify I do not personally think FE’s are donkey’s, but I writing from what is sometimes the perspective of jaded former FE’s)

The fourth principle which again is related to the first principle, is for people actively doing ministry, continue to and seek new ways to further partner with Fundamentalist and Evangelical Christians in doing ministry.

( I say actively doing ministry as opposed to just “doing ministry” because all Christians should be doing ministry of some sort). One of the ways I have strived to do this is by partnering with other youth ministers who are Fundamentalists Christians (mostly Southern Baptist) in doing multiple church youth events together. I also have sought to join in the work of ministry with FE’s by recruiting them to be contributors to the Misfits Theology Club Blog. Again look for creative ways to join in the work that God is doing among FE’s.

The fifth principle is withholding judgement about FE Christians and authors that you actually don’t know much about, haven’t read any of their books, listened to their sermons or what have you.

More often than I’d care to admit I have made a poor judgement (I say “poor Judgement” because not all judgements are bad. Christians should make good and right judgements. Check out my blog post below for why) regarding a FE pastor or scholar that I actually know very little about. John F. MacArthur being a prime example. I’ve read none of his books and have maybe at most watched a five minute portion of one of his sermons. While I could make a large wager that I’d probably disagree with him if I were to really engage his writings and sermons, and probably win that bet, until I actually do so by reading his books and listening to his sermons I need to withhold judgment. Because I simply don’t have enough information to make a good judgement. When I do make such poor judgements I actually more firmly root myself in my jaded attitudes. Withholding judgement in such cases is not only a matter of humility, it also keeps me from just becoming more bitter and tribal.

The sixth principle is to not throw the baby out with the bath water. Nothing will make you jaded faster than to automatically reject all the basic doctrines you grew up with.

One reason why it’s important to read broadly from the Christian Tradition and Church History is to see all the various ways different Christian doctrines have been understood throughout the history of the universal church and within all the diverse traditions. For example if you think the only way to understand the inspiration of Scripture is the doctrine of Inerrancy and you have found that particular teaching lacking in veracity you will have to, for the sake of intellectual honesty, reject the inspiration of scripture. On the other hand knowing that the inspiration of Scripture has been understood in wildly different ways gives you a better opportunity to not reject the doctrine as a whole. In order to prevent throwing the baby out with the bath water prematurely withhold judgement or rejection until you have a somewhat broader conception of whatever doctrine is under consideration. If you only know how Mainline and Evangelical Protestants think about something you don’t have a good reason to outright dismiss the teaching all together. Such a narrow perspective leaves you bitter since from this understanding, the truth of the matter was obvious and therefore you must have been lied to or worse they must have been idiots. However knowing that the church has believed a bunch of different things about any given topic allows you to have grace for both yourself and the FE traditions. That being said, while the church has held diverse opinions on many things they certainly have had a few  teachings that they have agreed on. Remember there’s always more to know, there’s a lot you’re still ignorant of.

The seventh principle is to stay in Church!

Separating yourself from the body of Christ is not the final answer. It may be that for a time you need to stay away from a church community in order to heal. However the best long term way to heal is to be a part of a church. Just as some FE’s left a bad taste in your mouth and you needed a good taste to wash out the bad so the same goes for churches. A good experience with Church will help to heal the bad experience with church and therefore will help keep you from being jaded. In addition while God’s grace certainly extends to outside the church it is within God’s design to be incarnated through Christ and the Holy Spirit in and through the church. The church is not complete without every member being attached to one another.

The eighth principle is to vent only to close friends.

While venting about your former FE life, doctrine, and current FE Christians can be healthy (we all need to vent once in a while) this should generally only be done with close friends who know your journey and context. To vent to those not close to you especially those who are FE’s only serves to push them away and create a bigger chasm between them and yourself. Indeed because they are lacking your context they often won’t understand why you’re bitter, angry and frustrated. It can come off as an attack and as being largely offensive. This creates further division rather than a healing between the parts of Christ’s body which is always the goal.

While leaving one’s tradition and former denomination can be hard, remaining bitter and jaded about it is harder. The desire of Jesus is that his Church (and that includes FE’s), all of it, would be one as He, the Father, and the Holy Spirit are one. All that we do must be towards  this end. Becoming one body. And that means leaving our season of being Jaded behind, and looking forward to the embrace of our FE brothers and sisters.

Photo by pawel szvmanski on Unsplash 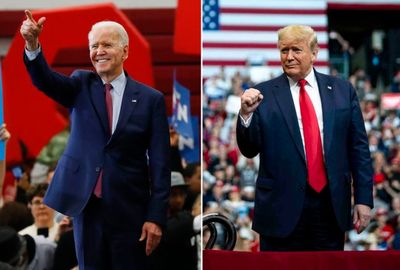 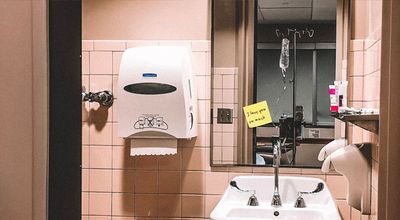 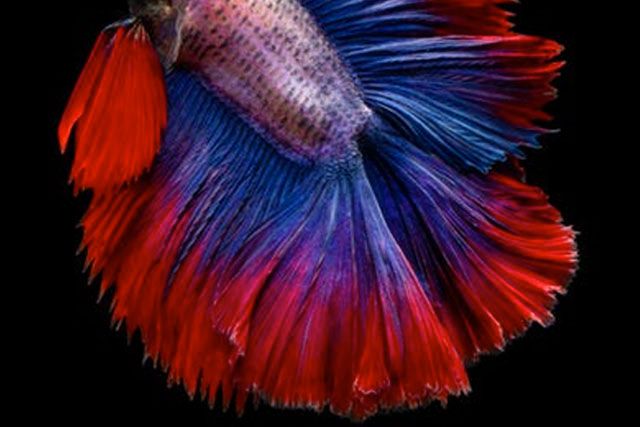 A Fish Tale: Why Churches Struggle to Disciple People Through the Stages of Faith