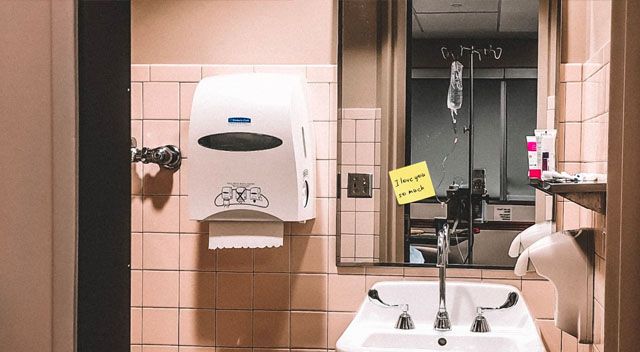 She woke up puffy-eyed. Putting a hand to her face, she tentatively touched the swelling of her eyes and cheeks as she tried to find her phone with her other hand. It was making that incessant loud beeping sound. For the zillionth time she made a mental note to change her alarm before the day was over.

She was a train wreck.

Then, yesterday’s memories came hurtling back with that thought, hitting her with a physical force, the impact so hard she lost her breath and fell back on her pillow.

Oh. God. Yesterday. Who even was that, stroking her hair and saying, “I know, I know, let it out, this is the hard part.”? The chaplain? A nurse? A stranger? Her thoughts drifted and it was all she could do to breathe, great mounds of sorrow pinning her to the bed, pressing her chest so her heart couldn’t beat, her stomach juices pushed right up into her mouth.

She would just lie here today, she thought. Who cares? Not the one who counted. He was lying brain-dead in the hospital across town.

It just did not seem real. Her arm moved over to his side of the bed. Empty. Bang empty. As she had fallen asleep last night—really this morning—she had pulled his pillow to her, and had wrapped her arms around it, pretending it was him, pulling in the smell of him, and the warmth and old sweat of him. Now his pillow was mushed into a lump at the foot of the bed. It would smell of her feet, soon. She rolled onto her side, reaching down for it.

The alarm was still going—it rattled her with its continuous bedlam. She grabbed it and was about to fling it at the wall, when the calendar prompt reminded her why she was going to get out of bed today. She was meeting with the doctor, to make the final decisions.

He had listed himself as an organ donor, but she had no idea if there was anything they could use. It had been a mutual decision: they would both be donors and incinerate whatever was left. It would be their parting gift to the earth. Stumbling into the bathroom, the yellow sticky he had left on the mirror over the sink caught her eye.

“And we know that in all things God works for the good of those who love him, who have been called according to his purpose. (Romans 8:28)”

Not really, she muttered. That’s a lie, if I ever heard one. But she could not bear to crumple it up.

Sitting in the waiting area, thumbing through a magazine she wasn’t really reading, she noticed a conversation starting up a yard or two from her, near the receptionist desk. An older woman, pale and trembling, a younger woman, her jet black hair cut close to her head, her white coat almost glistening in the fluorescent lights, her face somber. An older man, somewhat stooped, with his head cocked sideways as though to listen with his good ear.

She watched as the older woman began to cry and reach out for the man. The doctor gave her arm a pat. The man seemed to plead, the doctor shook her head, no. Slowly the two made their way to the waiting area and on impulse she stood up and went to them. She wanted to pay it forward, somehow. She’d been comforted; today she would give out of her grieving to these newly bewildered mourners.

Are you okay? she asked, knowing the answer. Fresh tears streamed down the woman’s cheeks, and the man looked at her with eyes shot red.

God abandoned us, he said. We prayed. All our friends prayed. Our church prayed. His voice quavered. But his heart is failing, anyway.

Yeah, I know. She said. Pray the promises. They both nodded back. Impulsively she took their hands, and started to pray right there, God, we feel forsaken. Where are You now? Please show us You are still good, and loving, and powerful.

As she opened her eyes, she saw the doctor she was to meet with moving towards them, looking surprised.

You know each other?

They looked blankly back, shaking their heads.

And then she remembered his donor card. 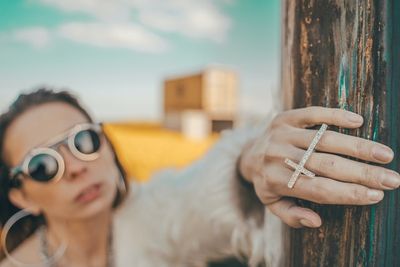 The Theology of Convenience (Part 2) 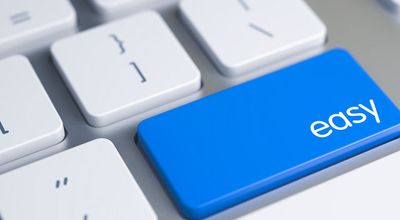 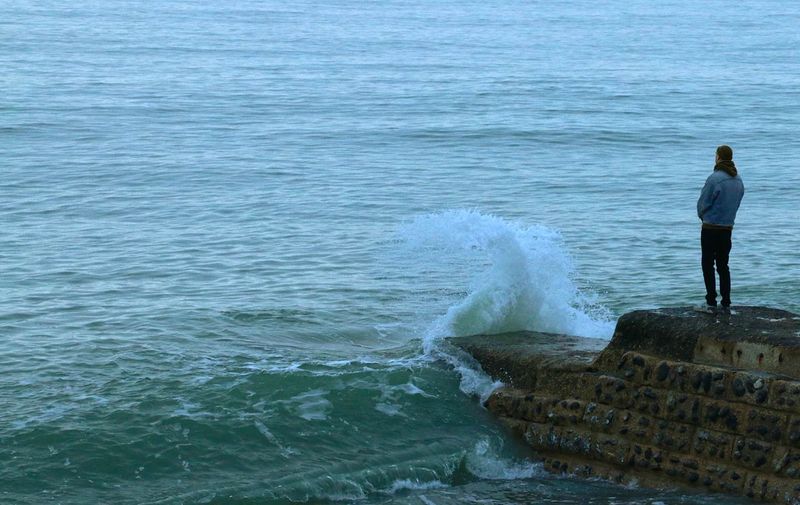 Taking the Time to Grieve During the Coronavirus Pandemic

The Theology of Grief

Grief is most easily identified as a process one goes through when they encounter a loss. I had always boxed in the definition of the grief process as...