When was the first time you suffered a calamity so huge, you could hardly take it all in? First you were numb, not really grasping what had just happened. Then, as realization slowly filtered in, you could feel your throat constrict, your vision darken and blur, and your body begin to tremble. Remember how hard you tried to scroll back and change the story? Then came the flood of anguish and grief, the undertow of loss, perhaps a sense of betrayal, or abandonment, and afterwards, a while of melancholy. Now, that season has passed, and you have learned that time doesn’t heal, it simply gives you…time. Time to absorb and accept the shock, to learn how to live in a world inexorably altered, to be who you are and also carry this sorrow within you.
To understand the day Cain turned his back on God, you and I need to start with his beginnings.
I wonder what Eve must have thought when Adam gave her a name—treating her as he had done all the creatures of the Garden. Mixed feelings, surely, as she saw that he was already starting to rule her, and yet warming to the thought of having children, perhaps hoping one of them would be the promised crusher of the serpent.
Up to now, everything about Eve’s story is told from Adam’s point of view, in these early chapters. We don’t know what Eve’s impression of all this was, of her unique origins, the only creature not formed of clay, nor grown from the earth. The only creature made particularly for another creature. She was a study in opposites, soft yet powerful, strangely silent and passive compared to the man’s passionate outburst, and yet bold enough to carry on a conversation with the crafty serpent.
What did Adam think about when he thought about Eve? Did he dwell on her origins, coming from his very own body? Did he think of her as an extension of himself? Did he think she must already know his thoughts, his desires, his inclinations, his proclivities? Did he expect her to know things without telling her because of the intimate physical bond they shared?
As chapter 4 opens, it seems Adam and Eve had picked up the shards of their broken lives and begun to build a new life, out of the hard scrabble of a cursed ground. The story begins from Eve’s perspective, “Now the man knew his wife Eve, and she conceived and bore Cain, saying, ‘I have produced a man with the help of the Lord.’”[1]
Out of my own broken childhood, I thought I knew something of what that sentence conveyed. From my little girl perspective, sex was something painful and awful one had to endure, because the man is bigger and stronger, and he will have his way. He wants that pleasure, and this little female will be his tool to get what he wants. That’s how it seemed to me, and that’s how I imagined it seemed to Eve. She had also, evidently, put two and two together. Adam had his way with her, and then she conceived. But, when she brought forth Cain, she did not thank Adam for his efforts. Quite the contrary. She claimed full credit, with the Lord, for her achievement in bringing forth the third human being into their world.
This name is probably to be understood as a play on words. The significance of this first child’s—first son’s—name is in reflection of Eve’s faith, because it sounds similar to the Hebrew word, Qanah, which means ‘to get’ or ‘to acquire.’ In today’s vernacular this son would probably have been named ‘Gotten.’  Eve literally said, “I have gotten a man, even the Lord,” referring to God’s promise,
“I will put enmity between you [meaning the serpent] and the woman,
and between your offspring and hers;
he will strike your head,
and you will strike his heel.”[2]
It seems as though Eve understood the seed would be conceived by God in a woman, not by way of a human father. Eve had no idea how long it would be before this promise would be fulfilled. So, when her first child was born a boy she must have thought “He’s the one!”
Out of Adam’s body had come Eve, his powerful ezer kenegdo, rescuer and strength; and now, out of Eve’s body had come, or so she thought, her ezer, the one who would crush the serpent, and restore all creation to the light and beauty of its origins and destiny. Once again ish and ishah would make their home in Eden, eating of the Tree of Life, raising up their generations in the joy of the Lord. Perhaps they would chop down the Tree of the Knowledge of Good and Evil, and make mulch of it, as they tended the Garden.
Millenia later the apostle Paul would write of these births—woman originated in man, but ever since, man has originated from woman, and even the Christ, our salvation, came through a woman, “For just as woman came from man, so man comes through woman; but all things come from God.” 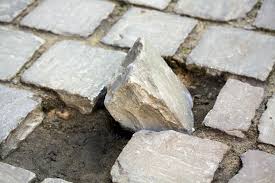