More than a Protest

Grey haired and visibly nervous, standing alongside a little girl on a porch covered in American flags, this white woman held a sign that said, “I have a voice and you will hear it.” Marching with 1,000 or so high school and college students in my home town, I wasn’t quite sure what message that voice was hoping to deliver. As we passed, ever so slightly, with great trepidation, she joined in, “Black Lives Matter.”

My heart broke, but out of joy and not disappointment.

White people are used to chanting. Despite the odd anti-vaxxer or gun rights advocate, most of us aren’t down with protest, either. The system generally works out pretty well for us, so we’re not used to challenging it. I know how difficult it is to first say, then yell some words that won’t be well received by everyone around you, by people who look like you.

This sacrifice of comfort and security is nothing compared to the sacrifice of reputations, livelihoods, and life so many people of color endure for the cause of freedom and justice, but it’s not nothing. George Floyd’s murder, more than any other moment in my memory, is driving white people to action. Sure, not enough white people and not enough action, but more than previous movements for change have led us to expect.

As Al Sharpton said in his excellent eulogy for Floyd earlier today: there is something in the air right now that tells us it’s a new season, a season of change. The last dozen or more tragic black deaths have led to protest, sure, but also questions of “will things ever change.” This time does feel different.

My faith tells me the future in inevitable, that all people will enjoy the love and peace for which God created this universe. There will be no injustice and people of all nations will live together in the light of God’s goodness.

The chasm between reality and utopia seems uncross-able, and yet we march with a conviction that it is just over the next hill. White Christianity has often forsaken action for a belief that nothing we can do could ever bring about God’s preferred future. “If only God can act, what good are my feeble hands?”

Of course, those feeble hands are the only ones God has. Yes, divine action is required to make the world right, to set the universe into its proper orbit, to fulfill the dream of God’s already/not yet Kingdom, but that divine action is the work of the Holy Spirit in and through us. Our feeble hands.

Our black and brown sisters and brothers have never not known that. We’ve given them no choice in life, but hope and faith. There has never been a reality that “worked okay” for them.

It’s high time we not only recognize a reality that does not “work okay” for everyone doesn’t “work okay” for us either. As simple as it may be, it was an act of courage for my white neighbor to make a sign, to step out onto the porch, to take the hand of her granddaughter, and join in what had to feel like a foreign cheer.

When Paul writes “there is no Jew or Greek, slave or free, male or female,” he is not negating the diversity of the body of Christ. He is not telling us that we must somehow assume a monolithic Christian culture where everyone looks the same. Paul is telling us that the divisions we make, the lines we draw between otherwise arbitrary differences are null and void.

It is human nature to categorize. We draw lines between “us” and “them,” as a matter of course. According to Paul, our Christian duty, when those lines are drawn, is always to step onto the other side. For Christians, there is no “them” only “us.”

The challenge for white people, the place we always stumble, is our inability to bring “them” over to “us.” We are happy to make “them,” “us,” so long as its done on our terms. We fail to relinquish control of the narrative – a requirement to truly find our identity in Christ.

“Us” must become “them” to find our true purpose together – a whole new “us,” that is not defined by the lines we draw or the distinctions we make. It is a world of – at least at first – discomfort and disconnection, a world of forecasting, not our preferred future, but God’s.

I will never know precisely what possessed that brave, beautiful woman to join the chants today, but I suspect it was a confidence, deep down inside, that the uncertain world of the future was better than the well-known one that was just “working okay” for her.

I don’t know what the future holds, but I’m more and more convinced we need “them” to show “us” what it means to live into it together.

Photo by of Doug Loosararian 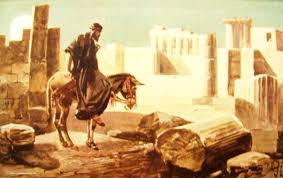 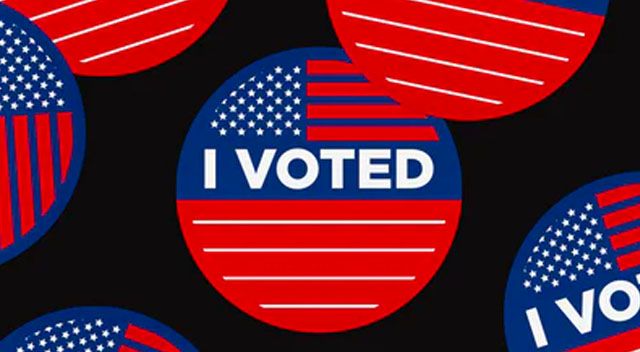