We are starting a new series for Saturday morning, a devotional series that we hope eventually to develop into a book. “We” are my three adult children and I–Natasha, Mari, and Julia, and me, Joanne.

Please let us know how this series strikes you, as we very much want it to be interactive. Our target audience are those who who don’t feel known and understood. We see you, and we want you to know we are there for you.

She watched herself stroke the stranger’s hair as she listened to them quietly cry into her shoulder.  It had been a long hour after a long day. They were sitting in a side corridor seldom traveled, even for a hospital. The bench was hard, the seats slightly too high for either of them, the air too cold. The faint smell of antiseptic and iodine slowly settled onto their clothes.

The other sounds—the low voices of staff discussing rooms and times, equipment and personnel, the shuffling of papers, tip-tap of keyboards, the occasional ding of the elevator, beep of monitors—all gently faded to a low thrum. Gradually, she noticed she could no longer feel the hair she had been absent-mindedly smoothing, no longer hear the small, soothing tones she had been making. And now it was as though she had stepped away from herself and watched without emotion some other person comforting a weeping mourner.

She felt neither alarm nor even wonder. It simply was. Her body was there, doing what little it could for the inconsolable. And she was here, a dispassionate observer.

Then she was in the elevator to the lobby, in the passageway to the carport, in her car with the lights passing by, another elevator, another floor, another key in another lock, and the soft snick of the last latch clicked into pace. She leaned against the cool surface of her apartment door, closing her eyes and pressing the deafening numbness of the day back into her skull.

Dull hunger, dull thirst gnawed up and down her rib cage. She opened a cupboard without seeing the contents. Then she opened and closed her refrigerator, and turned her eyes to her countertops, the disheveled remnants of breakfasts and dinners scattered about. The little table was piled with unopened mail, the two chairs draped with days of discarded garments. Trailing into the sitting room, she kicked off her shoes, slumped into the couch, and swiped her phone open.

A notification: a friend had called when she was in the hospital, and she touched chat before she really knew what she was doing.

I can’t feel anything, she texted. I had such a strange experience tonight. It was out-of-body.

Call me, came the reply.

How good it was, the music of their voice, like birdsong before the sun fully rises, like a brook over dappled smooth stones, like a breeze through rustling trees. In words she didn’t know she had, she poured out her day, with feelings she was sure were there, but couldn’t feel.

You need rest, her friend said. Your soul is saturated with sorrow and care.

Part of her knew they were right. The other part resisted. She had a job, you can’t just “get away,” especially now, with things the way they are.

Are you willing to read a story with me? they asked her.

Sure, she said. She had enough energy for that. Pulling her laptop to her, she flicked open her Bible app, and together they read through the story of when the prophet Elijah had reached his lowest valley.

“He came to a broom bush, sat down under it and prayed that he might die. ‘I have had enough, Lord,’ he said. ‘Take my life.’”

God gave Elijah no recriminations, no judgement, no pep talk. He sent “the angel of the Lord,” a theophany of God – Jesus – with baked bread and sweet, fresh water. Sleep. Eat.

“for the journey is too much for you.”

And as they read together, her eyes welled with tears, carrying the weight of sorrow with them. Thank You, God, for the gift of tears.

As she said goodnight, I love you, and rang off, there was a knock on her door and the rich aroma of fresh bread when she opened it. They had ordered takeout for her, Panera, soup in a sourdough bowl. 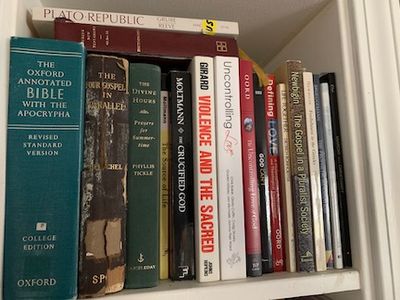 Christianity and the Art Xenophobia

Love in the Hard Times: That Which Gives Pleasure 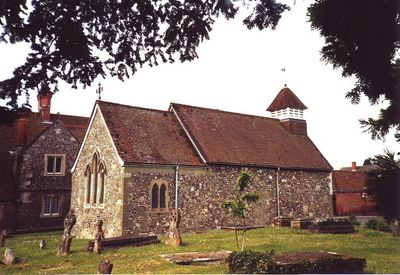