Reviewing That All Shall Be Saved: Setting Goals

I was first introduced to Eastern Orthodox theologian David Bentley Hart in college. A friend of mine had actually come back to her childhood Christian faith through reading The Beauty of the Infinite [1]. At the time, I was experiencing some doubts myself about Christianity. I welcomed the book suggestion with enthusiasm and ordered a copy on Amazon. I have been a fan of David Bentley Hart ever since.

In 2015, David Bentley Hart gave a bracing talk at Notre Dame University on the eschatological implications of Creatio Ex Nihilo [2]. According to Hart, a good God one not create a world that ended in the eternal loss of any rational creature [3]. When treating the view that human free will leads to the possibility of eternal damnation, he says, “There could scarcely be a poorer argument.” To hear a theologian of Hart’s stature state this was pretty earth shattering for me, and basically led to my own two year acceptance of universalism. This lasted for a couple of years, but I began to feel again unable to espouse convinced universalism (frankly, for traditional reasons [4]), and have remained skeptical of the doctrine’s theological provenance ever since.

Fast forward to 2020. I am being an idiot on the internet and getting into theological arguments. (Silly, right?) And this guy tells me to read That All Shall Be Saved, Hart’s 2019 book specifically dedicated to universalism. “Not this again,” I thought. But I told him that I would. So I did. Al Kimel told me to focus on two claims that he took to be the focus of the book. (Having read the book, I can tell that he was right.) First, would a God who is not only good but perfect goodness as such create a world in which eternal damnation was even possible for a creature? Second, can a creature freely will to enter into such a fate? Would not a creature that “freely” chose something that would damn them eternally have done so without fulling understanding the implications of the decision, and therefore not have done so freely [5]?

A repeated assertion of Hart’s is that dissenting reviewers — he would probably call them “infernalists” — do not understand the arguments he raises in the book. My goal in writing this review (as an infernalist, myself) is not to deconstruct the book or confound it, but simply to summarize its primary two arguments. (I will tackle this in more depth in a sequel to this post.) Perhaps in doing so, I can implicitly make the case that one can in fact understand the arguments without assenting to them.

[3] Presumably he was referring to humans and the fallen angels.

[5] If this argument about freedom sounds silly to us, it is probably because we are insufficiently aware of the Christian tradition on the matter. For example, Augustine says, “Posse Non Peccare, Non Posse Peccare.” That is, the highest freedom is the inability to choose wrongly, rather than the capacity to choose between right and wrong. The latter freedom is, as Hart says, “the possibility of freedom, not its realization.” See more of Hart on freedom here: <https://www.thenewatlantis.com/publications/the-pornography-culture>. 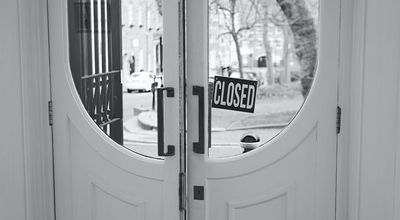 We Don't Choose Who's In

The Temptation of Democracy 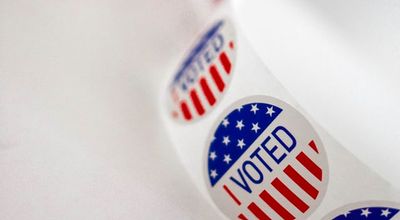