The Way of Life

So often, when listening to teaching on Genesis 2, I hear lessons about the definition of marriage. But is that really what this chapter is about? If that’s all we take home, then we’re missing something. What, in particular, could the Church learn from this chapter, the Body of Christ?

The church should be at the forefront of the movement to protect and care for the earth. It should be part of our signature, that we tend the Garden as carefully and lovingly as God began the work, as His representatives, with great concern for every living thing.

Pollution, waste, the senseless killing of creatures that do nothing more than annoy us with their presence, poisoning the earth and sea with chemicals and garbage, all these things should grieve us deeply. In a practical way, the world should be seeing Christians leading the way in conservation efforts, reclamation efforts, cleaning up oil spills, making every effort to do what we can to restore and protect what we have left.

If we really understand what Jesus meant be being known by our love, then we can start with the people we already love.
Whether you are married or single, God has put you in relationships. How good are you at being a friend, a coworker, a companion, even an acquaintance? How committed are you to learning how to do better?
The church’s signature should also be its loving community, a living image greater than the sum of individuals who make up its parts.

Particularly in our western culture, individualism edges out the sense of community. We look for charismatic leaders, we expect people to do for themselves, we emphasize a personal relationship to God without exploring what it means to be the Body of Christ.

Man is in God’s image, and woman is in God’s image. But that’s not saying enough. God is three-in-one, He is plural, He lives in communion within Himself. So one person is not enough, whether male or female, to accurately display God’s image. No, it must be plural: People are God’s image. That’s what God was saying about Himself.
Now, the way that has often been understood is in marriage—and it’s easy to see why. It was not good for man to be alone, so God formed woman, and now there were two, a marriage, completed humanity. All throughout the Bible God speaks of marriage, how important it is, how He sees His beloved people as His wife. Jesus and the Bride of Christ. But, if that were truly the only way to understand this profound mystery, then the New Testament would have been all about married couples in ministry.
I have searched and searched for good marriages in the New Testament, as templates. Guess how many good marriages I found in the New Testament? That are described in any length at all? Well, there’s Ananias and Sapphira, they’re a famous married couple. But they died rather abruptly. Then there’s Peter and his wife—he must have been married, because he had a mother-in-law. Jesus went to a wedding, but we have no idea whose.
There is Joanna, and her husband Chuza, the manager of Herod’s household—he must have been a good guy? since he seemed supportive of Joanna financing Jesus’ ministry (along with a number of other women of means), and joining His inner circle. We might look to Andronicus and Junia, the apostles, but they may have been brother and sister. And finally, there’s Priscilla and Aquilla. The one great marriage that’s actually described in the whole New Testament.
How many singles, then? As it turns out, scads of them. You can hardly turn around without bumping into another single person in Jesus’ inner circle of 120 close followers. You’re thinking, well, maybe they were married. Okay, maybe. But if they were, the marriage was way in the background.
Jesus gathered twelve men as His disciples, and then, over time, Jesus drew in women who actually ended up being financial backers for His ministry, and evidently were with Him on several occasions throughout His travels. These women were together with the disciples on Pentecost when flames of light appeared over their heads, God’s Shekinah glory, no longer a pillar of fire to follow, but a flame of fire within them.
So did all those single people experience the kind of profound mystery of displaying God’s image without being married? Did they reflect the image of God as a single person? They did, standing together with Jesus, men and women, because they were in community.
Being married does not guarantee community. There are plenty of isolated, lonely people who are married. And being unmarried does not mean incompleteness. Jesus and His inner circle show exactly the opposite is true.
What God is saying, when He says “let us create” is, “We, the one God, are three in communion, a profound mystery.” And what God is saying, when He says, “in our image” is, “Man alone, or woman alone, is not enough to express Who I AM. Only men and women in community, humankind, can fully express Who I AM.”
Here’s the takeaway, and I am lifting it straight out of the Bible:
Though one may be overpowered, two can defend themselves. A cord of three strands is not quickly broken. Ecclesiastes 4:12
This is not about a man and woman in marriage, with God as the third strand. This is about a community of three people, and the strong bond true community creates.
Even more so, rather than be identified by its leader, or its catechism, a local church is to be recognized for the remarkable collaboration at every level of its community, all the people, both women and men, young and old, rich and poor, able and disadvantaged. Women and men in the pulpit, and in the nursery, in the classrooms and in the kitchen, serving coffee.
[World map earth multicultural group of people integration divers | Dreamstime.com] 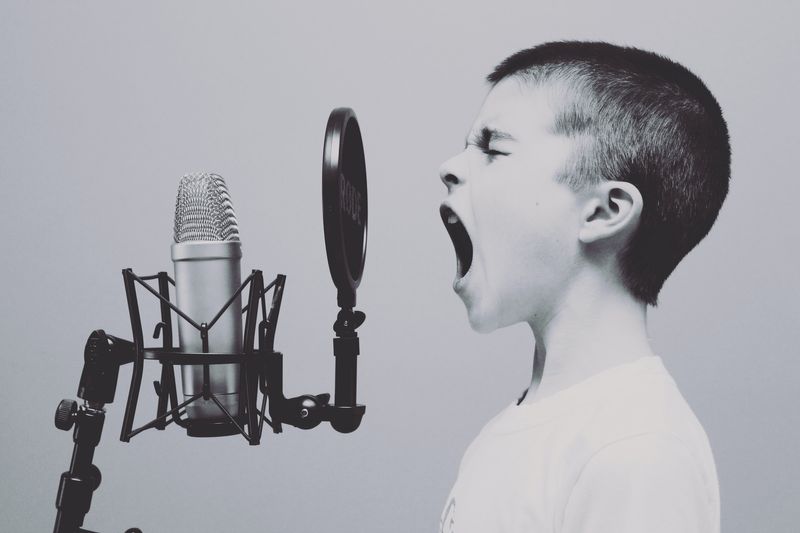 On Someone Yelling the N-Word in Public 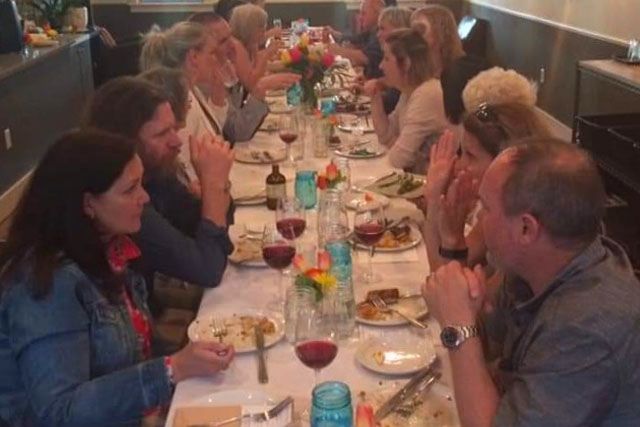