In thinking about the conditions the Flood story conveys about humanity, our own culture may not seem quite so grim today! And yet, this is one of the truths this ancient account imparts–the nature of what the Bible calls sin. Scripture explains that sin defiles, sin damages, and sin grieves and offends the heart of God.

Consider how God described the effects of sin to Cain. First, sin begins as a tendril of temptation, weaving and winding its way through the heart. When allowed to grow into full bloom, urged on, and then given into, that temptation becomes sin, and the heart containing it becomes corrupt.

But, it doesn’t stop there. For, sin spreads into the people connected with the original sinner. We can’t contain it, or quarantine it, it is as though sin has a radioactive power that passes through all barriers. Sin will seep even into the physical environment inhabited by the sinners, as God revealed to Adam and Eve, “Cursed is the ground because of you.” Our beautiful earth, groaning under the effects of disease and pollution.

Just three chapters later, and the Hebrew words used to describe how swiftly sin had corrupted everything in its path are “shachat:” meaning “morally putrid, totally decayed, spiritually gangrenous, destroyed and wasted.” And “chamas,” which means “seeking to gain through assault, physical attack, cheating and/or oppression.” That’s what Jesus’ warning was about, thousands of years later. He contended that society will return to a similar condition of “shachat” and  “chamas” at the time of the end.

If we understand the nature of sin and its corrupting power in this way, then we can understand the Nephilim as a signal of the people of Noah’s day reaching a degree of depravity that threatened to irreversibly contaminate the whole earth.

The Nephilim were the ultimate example of the spiritual and physical perversion and degeneration of the human race, which brought about God’s judgment. The Flood was not only God’s way of cleansing sinful humankind, but also His way of fulfilling His promise to bring salvation through the seed of the woman. We understand from the story that had this degeneracy gone unchecked, the godly remnant, now reduced to eight people, would have ceased to exist.

Noah’s world had become so evil, corruption had become so widespread and complete, that God pronounced total destruction as the only solution—which is one way to understand God’s statements in Genesis 6:3, 7, and 17, “My Spirit will not contend with humans forever, for they are mortal; their days will be a hundred and twenty years…I will wipe from the face of the earth the human race I have created—and with them the animals, the birds and the creatures that move along the ground…I am going to bring Floodwaters on the earth to destroy all life under the heavens, every creature that has the breath of life in it. Everything on earth will perish.”

Viewed this way, God was saying human beings, having been denied access to the Tree of Life, die. Therefore, God would set the time of 120 years from His announcement to the date when He would bring this antediluvian chapter of human history to a close.

There is another way to understand verse 3, the more traditional interpretation: After the Flood, God would set the number of years a person could live to the maximum of 120, rather than allowing human individuals to live to nearly a thousand years. In this way, they (we) would not be afforded the time to develop evil to such a pitch.

Either way, God made clear, early in the Bible, He will not tolerate sin indefinitely, and His judgment shows that who we are and what we do matters. Seen in this light, we are given to understand if God did not judge wickedness and corruption, it would mean that God was indifferent to the existence of right and wrong, good and evil. On the contrary, as the Epic of the Flood emphatically relates, God is not indifferent. God’s wrath, grief, and intense pain over evil is the necessary and only right response.

It is a complex concept to hold onto. Somehow, God’s pure and perfect justice will right every wrong and will champion every victim. Yet, at the same time, God’s pure and perfect mercy will forgive every repentant perpetrator, even the basest agent of evil whose heart is pierced with conviction and calls out to God for forgiveness will be fully, lovingly forgiven. How?

God’s wrath has a cleansing, purifying aspect to it, to cleanse the universe of the corruption of sin. In some way, God promises that when all the weeping is done, over both the agony of victimization, and sickening horror over the agency of evil, the Lord will wipe every tear away. With unimaginable power, God’s pure and perfect wrath, a refiner’s fire or a launderer’s soap, as Malachi put it, will cleanse the entire cosmos one day, so that all evil is no more. The Flood was a prophetic precursor, for God had determined to rid the earth of corruption, to allow a healthy new start. 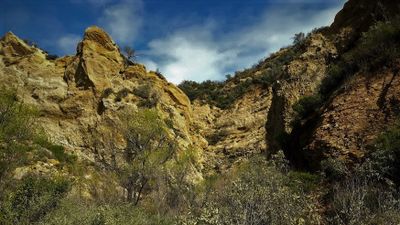 Why I decided Join a Denomination